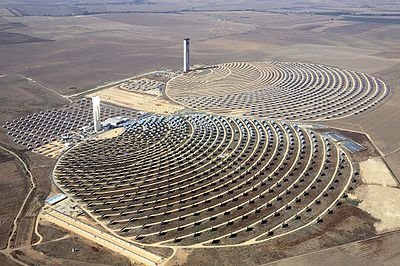 Welcome to the e-news, the first of 2013. We will publish our next e-news on Wednesday, 30 January, so please get your contributions in to us on that day by 11am.

Fossil fuels are looking dirtier than ever. Last year, 4000 MW worth of power from coal-fired power plants in Australia was voluntarily shut down. Disappeared. Coal is a bad investment right now, as the ANZ Bank found out at the start of this year (see our story below).

We’ve faced the longest and hottest heatwave Australia has ever seen. There are strong warnings, from organisations as conservative as the World Bank, that “we’re on track for a 4°C warmer world marked by extreme heatwaves, declining global food stocks, loss of ecosystems and biodiversity, and life-threatening sea level rise”.

Let’s not get despondent. Let’s get active!

You can start with some local forums MASG is organising, and a barbecue in February to celebrate the sizzling success of solar power! 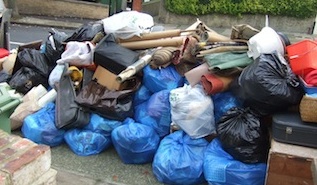 Waste not want not forum

Can we turn waste into energy? Do we have reliable sources that can be used as feedstock for waste to energy projects, such as waste timber or used cooking oil? Who would use this energy? Can we turn waste into compost on a large, medium or small scale? Who would we need to work with to make this happen? This forum will build on the work that has been done by MASG’s waste group and invites new ideas. 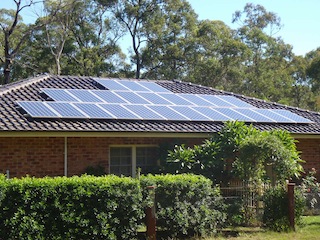 Sunny Side of our Street forum

We are planning a workshop on solar energy, to build on the success of MASG’s three previous programs that helped many in this shire put solar panels on roofs. We now want to explore what else we can do. Do people still need help putting solar panels on their roofs? Can we establish a community-owned solar park? What can the new developments in solar technology and much cheaper prices allow us to do now? 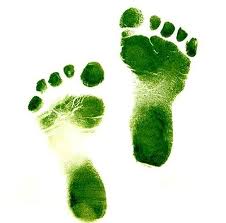 The Eco-Baby workshop is an afternoon where sustainable nappy choices, eco-play and eco-feeding options for babies and toddlers will be presented in a relaxed environment.

Lisa Reid, mother of two, environmental engineer and educator, will share information about topics highly relevant to parents and parents-to-be. 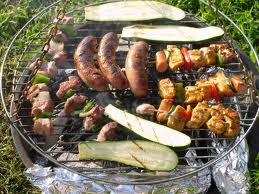 On Sunday, 24 February local communities will be celebrating solar power around Australia.

Over 1.5 million Australian households now have solar systems. These are lowering power bills, cutting carbon pollution and making the best use of one of our most abundant resources – the sun.

But many politicians, the media and other members of the public still don’t know about how many solar homes there are and the benefits that solar is bringing to all Australians.

So to change all this we’re firing up the barbies, inviting community, media and local pollies and putting solar’s sizzling success story into the headlines.

How you can help:

1. Let us know if you have a solar PV system (or dob in a mate or community group) that looks great and is visible from the perfect BBQ spot let MASG know so we can come around and celebrate solar at your place!

2. If you can help us with organising the BBQ

3. If you reckon you can help on the day

4.Or if you just want to come along

2013 began with Jonathan Moylan’s press release, purportedly from the ANZ Bank, withdrawing a $1.2 billion loan to Whitehaven Coal, which is developing a project at Maules Creek in the Gunnedah Basin.

Moylan’s actions has been dubbed – among other things – “virtuous malfeasance” — a hostile action motivated by the public good aimed at damaging a company’s interests. He joins a great tradition of civil disobedience.

You might have noticed the deafening silence from our political leadership on the question of Australia’s biggest contribution to climate change.

Greenpeace is seeking additional names and support for a statement to send to Federal politicians. You can sign the statement here 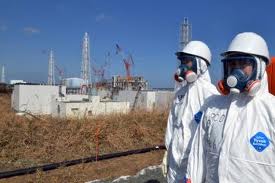 In the wake of the Japanese earthquake and tidal wave, nuclear-dependent Japan began shutting down all its nuclear reactors.

In the 18 months since the disaster at the Fukushima Daiichi nuclear power plant, as Japan’s other nuclear reactors shut for routine maintenance, popular opposition kept them from reopening. The country entered last year’s northern summer with all its nuclear generators closed. Blackouts were expected, especially in the country’s west.

Mayor of Seattle orders city to divest from fossil fuels

Seattle Mayor Mike McGinn sent a letter to the city’s two chief pension funds before Christmas, formally requesting that they “refrain from future investments in fossil fuel companies and begin the process of divesting our pension portfolio from those companies.” 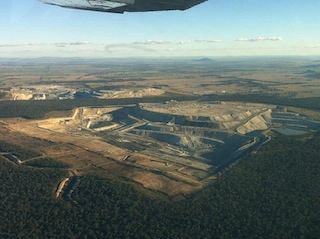 It is horrifying that we have to fight our own government to save the environment.