Wishing you an active Christmas 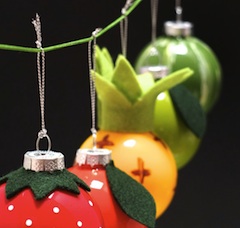 Get your contributions in to us by mid January, and you’ll have the best shot at getting them to run.

This is our chance to say thanks to you, our members and hard working volunteers.

Have a wonderful giving Christmas, spend valuable time with friends and family, don’t waste money or the planet on trivia and we look forward to seeing you in the new year.

We hope to see you even bigger and better next year, with more action on climate change, waste and renewables. In this issue we have a little news, but plenty of opportunities for you to be active on climate issues.

Also look out for Green Drinks again next year, likely to kick off in February.

We’re planning a Members Forum for 19 February, Ray Bradfield Room at 7.30. what would you like to see MASG doing in 2015? How can you be involved? Should we shift our focus? 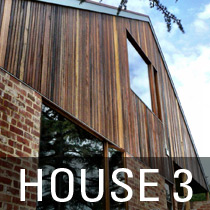 Good weather and the opportunity to use the garden behind MASG as a rally point and lunch spot made this year’s SHD a ripper. At least two attendees cycled between properties, and there was some carpooling.

We avoided last year’s morning “crunch” which had a lot of late arrivals and unbooked couples.

Enviroshop kindly opened during the lunchbreak and have a few promising leads on bookings for big jobs. Several householders had attendees stay behind until 5pm! We got fantastic positive feedback on the event, and many count it an important annual MASG activity. 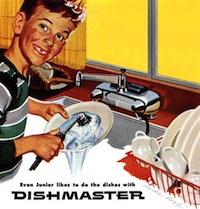 In February we’ll be holding training for our Wash Against Waste Trailer (WAWT). If you work for a community organisation, having a trained operator cuts the cost of hiring it by $100. Call Anna if you are interested in learning abut our WAWT, on 0435 291 835.

Mt Alexander Community Renewables has become a member of the Coalition for Community Energy, C4CE.  We hope you are excited to be a part of a national collaboration to grow the community energy sector in Australia. 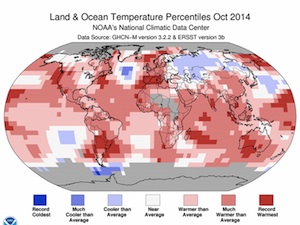 Bureau of Meteorology climate monitoring manager Karl Braganza says 2014 has had the latest in a long line of hot springs in the past decade. According to the BOM, 2013 was the country’s hottest year.

What can you do about it? Go solar, read – and act on – our Slacktivism section below.

One in five Australian homes now on solar

Just what is Andrew Robb going to be doing in Peru at the climate negotiations in Lima – apart from “chaperoning” Julie Bishop, as Tony Abbott charmingly phrases it, and making sure the Coalition’s most popular politician does not become “too green”.

That is probably exactly what he will do. Negotiators and observers in Lima are scratching their heads as to what role Robb could possibly play in the climate talks – he has no counterparts to talk to because no other country thinks of sending their trade minister. Most of them send their environment or climate change ministers.

The world is about to sign up to a 100% clean energy future. But the goal to completely cut carbon is at risk at the Lima climate talks. Climate ministers from 195 countries are at the global summit in Peru. Let’s show them this commitment is non negotiable.

The same section of coral reef is shown before and after the devastating effects of Cyclone Ita, a category five tropical cyclone

Stop the rot in the Reef!

Add your name now to say no to the world’s worst loan. When a million people sign, Avaaz will prepare a definitive dossier showing its financial and environmental problems, then deliver it to the Indian banks Chairwoman Bhattacharya with the petition, legal letters and a media blitz.

India’s coal king is bidding for a $1 billion bank loan to turn our greatest ecological treasure – the world’s largest living ecosystem – into a major shipping lane. But if we act fast we can block this and keep the Great Barrier Reef home for whales and dolphins, not hulking coal ships.

UNESCO says the Queensland-based project puts our precious Reef in danger and eight leading international banks have backed away. Now it’s up to the State Bank of India to make or break it. The Bank’s Chairwoman has staked her reputation on cracking down on “bad loans” — and a massive global campaign backed by tens of thousands of Australians can persuade her to scrutinise and stop this crazy coal project.

Kick the fossils out of climate negotiations!

As the Philippines feels the impacts of climate change, world governments are at the latest round of United Nations climate talks in Lima, Peru. Negotiators just released a new draft climate text that would force companies like Exxon and Chevron to “cease to exist in their current forms,” according to the Financial Times.

But unlike tobacco control talks where tobacco lobbyists are banned, the UN climate talks allow the fossil fuel industry free reign in their halls. Lobbyists for polluters are fighting hard to weaken the agreement — and take away protections for communities in places like the Philippines.

Send a message to the climate negotiators in Lima and tell them it’s time to kick the fossil fuel industry out of the climate talks and support a full and just transition towards clean, safe and democratised renewable energy.

This February is the first ever Global Divestment Day and we’d love you to join.

As negotiators meet in Lima exactly one year before a new climate agreement needs to be signed in Paris, we face a crucial moment in our response to the climate crisis. We know that world leaders won’t act in accordance with the urgency of the climate crisis as long as the fossil fuel industry holds the balance of power.

That’s why a growing global fossil fuel divestment movement has been directly challenging the power of these rogue corporations that prioritise profits at the expense of people and planet. In just two years, this movement has already secured huge victories that are putting the industry on the back foot. But to truly win this fight, we need to step things up.

On February 13 and 14*, thousands of people around around the world will turn out to take collective action and demand institutions do right by the climate by divesting from fossil fuels. 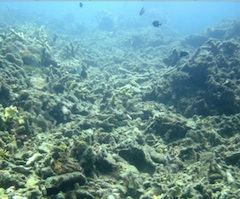 Don’t let CommBank allow massive industrialisation of the reef go ahead, or this will be the result – a dead reef

The heat is on Commonwealth Bank

Commbank has recently announced it would be the ‘arranger’ for Adani’s loans to develop coal deposits in Queensland’s Galilee Basin, and turn the Great Barrier Reef into an industrial shipping lane.

Tell the Commonwealth Bank this is not on!

Where does the money for coal come from?

We’re asking you to share our social media posts and tag the banks, and/or write directly to the banks on social media.Here’s a briefer on ways you can help.

The Equator Principles are a voluntary framework banks sign up to which are supposed to guide banks’ assessment and management of environmental and social risk in the projects they consider financing.

ACFs report on this issue, The Equator Principles and financing of coal projects in the Galilee Basin, was released this week and finds the environmental impacts of the proposed projects would be significant, adverse and irreversible.

ACF is calling on the banks to rule out financing the projects as they are signatories to the Equator Principles, a self-declared “gold standard” for environmental and social risk management.

This is an exciting piece of work that provides a possible new point of leverage in stopping the financing of coal projects.

Here’s that briefer again, on ways you can help. We’re asking you to share the social media posts and tag the banks, and/or write directly to the banks on social media. 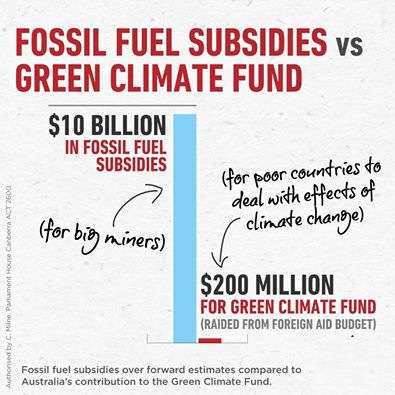 « Commonwealth Bank – endangering our future | Divest it like it’s hot »