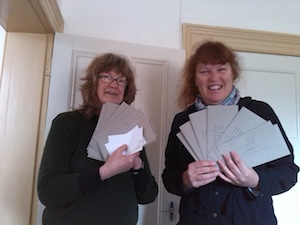 Chris and Melissa have been letter writing!

The next e-news will be published on Thursday, 4 September, so get your contributions in to us then, by 11am.

This issue is about activism! The RET is under attack and renewable energy is under a sustained assault from the Federal Government, while the State Government isn’t helping.

(At least we don’t live in WA: there, the government is considering importing coal from Indonesia to keep its ageing coal-fired power stations operating.)

Unashamedly, we’re asking you for help. Write letters, call Tony! We’ll be mobilising your bodies in September (sounds like fun!) but in the meantime, do get involved.

Donate to MASG, volunteer in our office, advertise in our newsletter, write letters … we want to hand on a world in better shape to our children and grandchildren, not one that is substantially worse.

On 21 September, as global leaders arrive for UN Secretary General Ban Ki-moon’s Climate Summit in New York, hundreds of thousands of people around the world will flood the streets of cities and towns. We don’t want another talk-fest.

Together, we will gather in solidarity to remind our leaders who they represent. Together, we will be the largest climate mobilisation the world has ever seen. We’ll be gathering in Castlemaine – more information to come, but we’d love you to join us. Mark 21 September in your diary now. 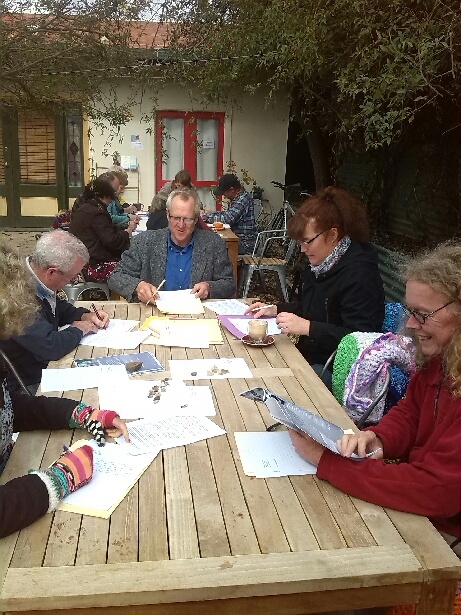 Writing letters to the X-bench Senators

We held a successful Cuppa Sunshine letter writing session on Monday, with about 20 people coming into the MASG office, who wrote more than 40 letters to cross bench Senators John Madigan and Ricky Muir.

The campaign is simply to let those Senators in the luxurious position of holding the balance of power in the Senate, that we think the RET and solar power are important, and they should too.

If you couldn’t make it on Monday, you can download blank letters to Senator Madigan and Senator Muir and tell them the RET is vital. Don’t diminish it or kill it – it needs to be increased.

Do you want to play your part in spreading what is becoming the most powerful strategy to grow the global climate movement?

Then please join us this Sunday 24 August at the Castlemaine Divestment Workshop! Personal Divestment is just the beginning and may be more than what you thought. We will workshop creative ways to publicise and spread this and then how to spread it to your workplace, your local government, school, sports club, church …

We’re excited to welcome campaigners from 350.org in Melbourne who will share with us how they shifted Moreland Council away from the Commonwealth Bank. We’ll also hear success stories from Vicky Fysh, National University Campaign Coordinator and the strategies they employed.

And if you can’t make it to the whole workshop – come to part:

Whole day (or what you can spare) 1oam–4pm at the Uniting Church Hall. 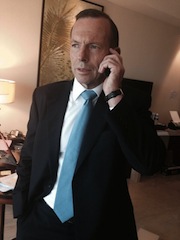 Our Prime Minister may abolish the Renewable Energy Target (RET)

When Mr Abbott is not buying into Scottish politics, he is reportedly planning to abolish the RET. His review panel, hand-picked climate change deniers from the fossil fuel industry, have apparently already handed in their latest review, and we’re holding tight to expect the worse.

The editor of this newsletter did it! It wasn’t that hard, and they listened at the other end.

Of course I didn’t get to speak to Mr Abbott, but they said my erudite comments would be passed on. To call Tony Abbott’s office dial (02) 6277 7700 – you will speak to an aide, ask if they will pass on your comments to the Prime Minister.

If the federal government abolishes the RET altogether it’s another broken promise. 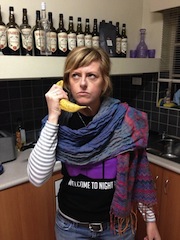 An expanded and extended RET is the best option for Australia to fully benefit from the transition to clean, renewable energy.

While calling the Prime Minister’s office might feel daunting, we cannot let the Government get away with this.  They need to hear from the people who will be directly affected by this move to abolish or wind-back the RET.

MASG are currently seeking expressions of interest from businesses in the Shire that have waste items that could be re-purposed by groups or individuals in the community, to be listed on our website.

Not only will you save money, you will also be helping the environment and the community! 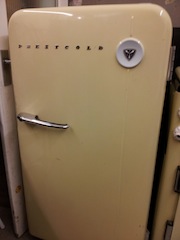 Neat website out of the GovHack program, that allows you to calculate the running and replacement costs of your white goods. 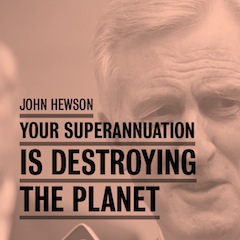 Festival of Dangerous Ideas: Is your superannuation destroying the planet?

Failure to assess the risks of climate change is putting your superannuation and the financial system at risk, says former Liberal leader John Hewson. This issue will be on the agenda at the forthcoming Festival of Dangerous Ideas in Sydney.

To try and avoid the most catastrophic impacts of climate change, 60-80% of the world’s existing carbon or fossil fuel reserves need to stay in the ground.

Billions of dollars of investments in coal, oil and gas have gone ahead, resting on the speculative bubble of climate change denial or delay. If these assets become stranded by climate action, their revaluation could trigger the next (larger) global financial crisis. So, what’s at risk?

Our economy and your retirement savings.

It is the ticking time bomb that could trigger another financial crisis and almost every working Australian is exposed to it.

There is now so much money in superannuation, much of it invested in mining stocks and other climate change-exposed industries, that it has the potential to bring on another financial crisis, warns former Liberal leader John Hewson.

Outlook for global solar is getting brighter

Leading investment bank Citigroup has painted an incredibly bright future for solar energy across the globe, arguing that its rapid expansion will be driven by “pure economics” and the growing need for diversity. 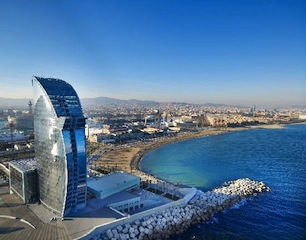 Barcelona: Spain’s city of the sun

Barcelona may be famous for Gaudí’s modernist architecture and its world-class Picasso museum, but there’s something else for which the city of 1.6 million should be known: its commitment to sustainability.

Barcelona’s solar energy regulations have become a model for other municipalities, with more than 70 Spanish municipalities following the city’s example.

South Australia’s wind farms produced enough electricity to meet a record 43 per cent of the state’s power needs during July, and on occasions during the month provided all the state’s electricity needs. 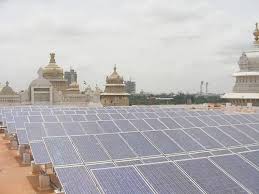 As Australia’s federal government commits to a future digging up, burning and most of all exporting the nation’s vast coal resource, two of the countries upon which this shaky economic plan is most dependent – India and China – seem to be closing the door on the heavy polluting fossil fuel.

In Delhi recently, the Indian government committed to a plan to provide low-cost loans and grants to set up some of the world’s largest solar PV parks across the country, each of them comprising as much as 20 gigawatts of capacity, about 10 times what India has built to date.

Plans to create Australia’s first community-owned power retailer are underway, in what could be the first attempt to challenge the dominance of the incumbent retailers with a completely new concept in energy delivery.

The proposal, by a consortium of not-for profit and commercial organisations, would result in the creation of a new sort of entity that would buy, as well as generate, its own renewable energy and sell it back to the community.

The argument for radical action on climate change – which Australia is at least temporarily rejecting with the shameful decision to repeal the carbon tax – is embarrassingly simple.

For the past 200 years, western culture has granted science pre-eminent cultural authority. Twenty-five years ago, a consensus formed among contemporary scientists specialising in the study of the climate. The consensus comprised one principal idea: the primary source of energy on which industrial civilisation relied – the burning of fossil fuels – was dangerously increasing the temperature of the earth.

Millions of cubic metres of sea floor are being dredged up from the Great Barrier Reef World Heritage Area to make way for massive new coal seam gas export facilities.

It’s the largest dredging project ever undertaken in Australia, and one that has the United Nations’ Educational, Scientific and Cultural Organisation (UNESCO) so alarmed they’re warning the Reef could lose its iconic world heritage status. 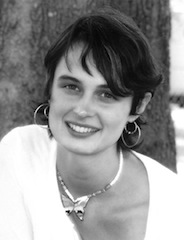 We live in a world that is full of problems, and we are the solutions to those problems.

« Enjoy a Cuppa Sunshine with us! | The Largest Climate March Ever »