Aim High in Creation is the brilliant and hilarious (and sometimes poignant) latest movie from Sydney filmmaker Anna Broinowski. We’ve got Aim High, tonight in Castlemaine. Join us for our annual film fundraiser. It’s gonna be a hoot!

When her community was threatened with fracking, Anna decided to make a propaganda movie against it, but she decided to learn from the masters. Travelling to North Korea, she was given unprecedented access to the North Korean film industry. 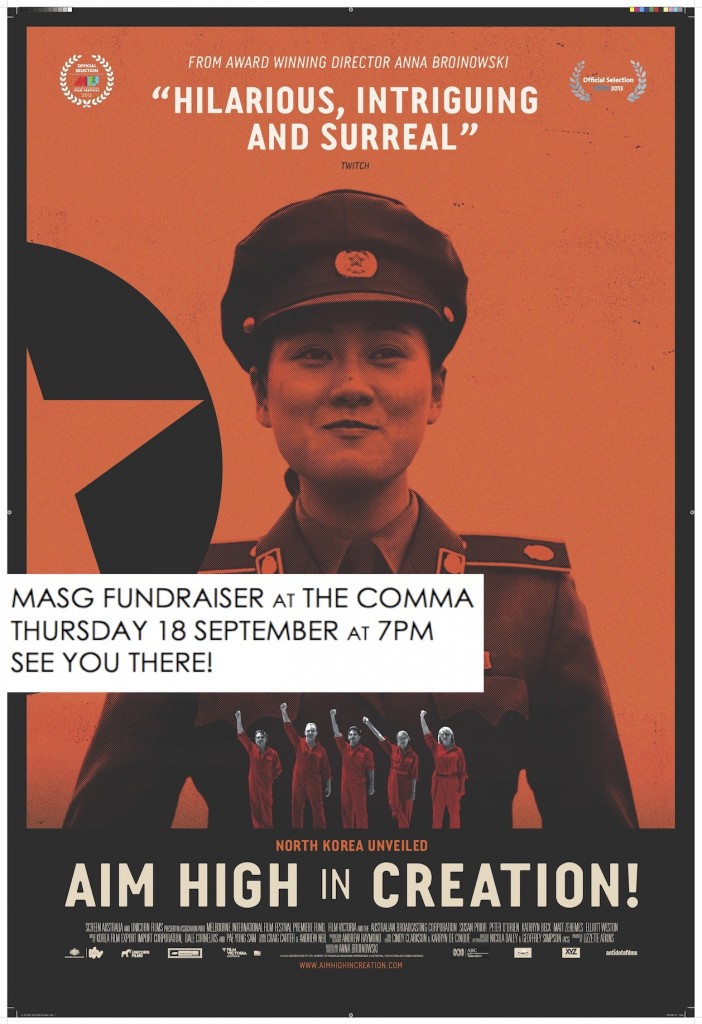 It promises to be a fun and sometimes hilarious night. And the meals at The Comma are great. 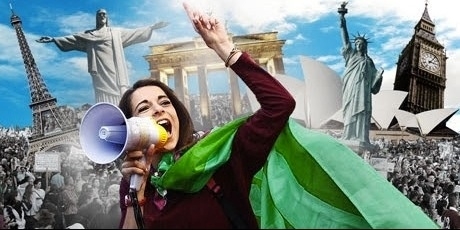 Kids can dress up as their favourite action hero/caped climate defender, and there will be a prize for the best costume – a worm farm for school. 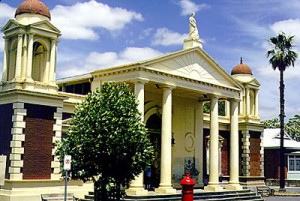 Ride, walk or skate to the Market Building by 11am to make sure you’re in time for the BIG photo. We’ll be uploading the images to Facebook and Avaaz and 350.org.

Our Castlemaine rally will coincide with the latest round of international climate negotiations, this time in New York. The New York rally is planned to be enormous.

We’re expecting a huge turnout in Castlemaine and would love to see you there. Bring your banners and signs. Wear bright fun colours, and get ready to make your voice heard.