MASG believe that local government has an important role to play in how our communities will address the challenges arising from climate change and councilors have a pivotal role in setting the policies that will guide those responses.

MASG distributed a questionnaire produced by Environment Victoria to all the candidates in the election. The questionnaire enabled the candidates to indicate what likely policies and actions around climate change that they would support if elected.
The responses from the candidates was collated and MASG was pleased to note that all 8 who responded were motivated and committed to taking action on climate change and we were unable to differentiate between those candidates as to whom we would recommend over the others.

Those candidates who did not respond to the questionnaire are record as question mark as they “Declined or did not respond”. You may wish to contact those candidates directly to question them on their policies on climate change, those contact details are included in the table below as given from the Victorian Electoral Commision’s website. 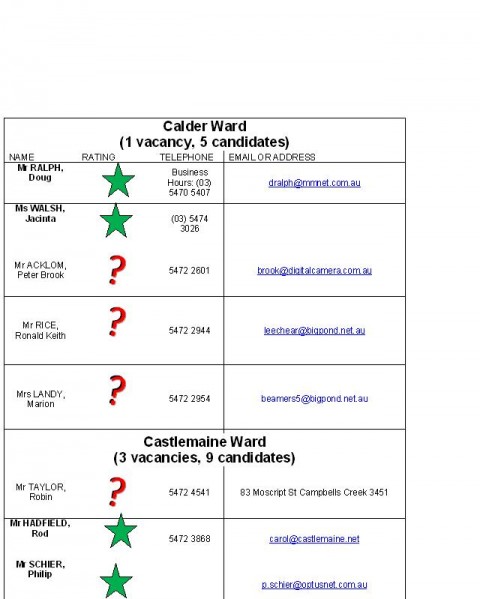 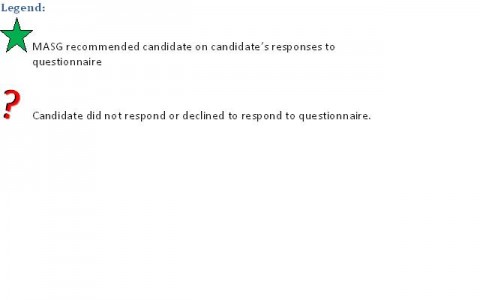 Electronic copies of the candidate’s replies are available for download by clicking on the appropriate name below. You may wish to review those replies in which the candidates have made additional comments.
Scott Victor-Gordon s-victor-gordon-survey
Janet Cropley janet-cropley-survey
Jacinta Walsh j-walsh-survey
Phillip Schier p-schier-survey
Doug Ralph d-ralph-reply
Hard copies of responses from Rod Hadfield and David Cunningham are available at our office, 233 Barker St Castlemaine.
A copy of the questionnaire is available by clicking here.lga-cc-questionnaire-08