Lyn Allison (Democrat Leader and Senator for Victoria) visited MASG on Friday 9th and spent an hour hearing about our work and talking about the Democrat’s position on sustainability. Mark Diesendorf met with business and council leaders, and political candidates on Friday afternoon before his two public engagements. Hosted by MASG and KR Bacon, this generated great enthusiasm and interest, and the planned 1 hour workshop extended to two hours.

EXPO report: A big thank you to the volunteers who made the Expo a huge success. Last Friday night and Saturday, the Renewable Expo saw hundreds of people at the Campbells Creek Community Centre. The Friday night was a full house with 200 people attending. Dr Mark Diesendorf’s Keynote talk “Greenhouse Solutions with Sustainable Energy” was impassioned and informative and was repeated on the Saturday to a standing- room-only crowd. Mark manages to combine economic, political and social factors into a powerful call for State and Federal governments to get their act together; and for local groups such as MASG to have a greater role. Mark’s Powerpoint. Signed copies of Mark’s latest book Greenhouse Solutions with Sustainable Energy will be available through MASG at a discount price of $39.95. Please order immediately if you want a copy by emailing ian@masg.org.au

The Saturday at the EXPO was also a great success with over 500 people attending. Feedback has been very positive from attendees and Exhibitors alike: “Expo was superb”, “fantastic”, “inspiring” “needs to be repeated”, “very helpful people” “it was great to talk to people who know about solar hot water”. Angela Parker from Kennington won “The Solar Bloke” free raffle. Lisa and Stuart Jamieson of “The Solar Bloke” say: “Thanks for the great Expo.” If you missed the EXPO copies of the presentations will also be posted on our website soon. 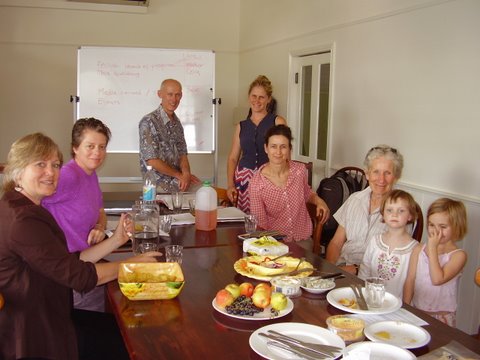 A special mention for two special volunteers; our Event Manager Helena Read and Technical Support person Hans Van Gemert for their tireless energy and professionalism. Thanks also to our other great speakers and to our sponsors for their support: Keynote Speaker Sponsor: EcoMaster; Exhibition Sponsors: Solahart, The Solar Bloke, Conergy; Origin Energy; and Beyond Building Energy; and the Expo is carbon neutral thanks to the support of the NCCMA.

MASG’s Big Night Out: Friday, 16th November, 7.30pm. We are fortunate to be able to bring together three of Castlemaine’s most popular performers, Team Henderson, Justin Shortal and Andree Cozens. Whilst their act is a well-kept secret, we do know that Team has been borrowing ancient bike gear from veterans of cycling, Justin has been in France honing his interviewing skills and studying ‘le velo’, and Andree has been seen in the local bike shop asking difficult questions about the implications of various bike seats. Before his work took him to Melbourne, Justin was local comic of choice, specialising in wonderfully bizarre characters for all sorts of occasions. Team and Andree are well-known as part of the Ministry of Delight – arguably the best comedy act of the last two State festivals. The evening is MC’d by our very own Jan “Yarn” Wositzky!

The comedy will be followed by the drawing of our bike raffle and, of course, the showing of the classic film The Bicycle Thief. Downstairs is sold out but there are very good upstairs seats left. Tickets on sale for $20 and $16 at the House of Fergus Frog (Barker St) or at the door. Info: Call Neil on 5472 3094. A great night!

1. One side used paper that we can put through our printer for draft printing.
2. Please visit our Website – often updated more than once a week, as we report on news that is happening between the weekly e-news posting. As well as new pics and pages, you can also use ‘view’ on the menu bar, then ‘text size’ to get larger print. 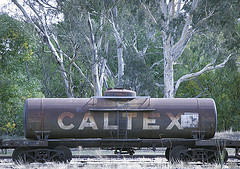 OTHER EVENTS and NEWS, not endorsed by MASG

“This year, Arctic ice reached a minimum extent of 4.13 million square kilometers, compared to the previous record low of 5.32 million square kilometers in 2005. This is a decline of 22% in just two years; the difference amounted to an expanse of ice roughly the size of Texas and California combined. Between 1979 and 2005, the rate of Arctic ice retreat had averaged 7 percent per decade; in the two years from September 2005 to September 2007 that rate increased to more than 20 percent. Average thickness of ice has declined by about half since 2001. Taking into account both geographic extent and thickness, summer Arctic sea ice has lost more than 80 per cent of its volume in 4 decades.

“These changes will severely destabilize Greenland’s ice pack – whose disappearance would cause sea levels to rise by several meters, inundating coastal cities home to hundreds of millions. The organization Carbon Equity issued a report last month, “The Big Melt: Lessons from the Arctic Summer of 2007” (ref) .

“Another report published this month, in the Proceedings of the National Academy of Sciences, documents that carbon is accumulating in the atmosphere much faster than previously thought, and adds weight to the Carbon Equity recommendations. While global carbon dioxide emissions from fossil fuel burning rose annually by 0.7 percent in the 1990s, the new study shows they have increased by an average 2.9 percent each year since 2000. (ref)

“Politicians are feeling increasing pressure from constituents, NGOs, and the scientific community to agree at least to the IPCC target of 60 to 80 percent emissions reductions by 2050. Democratic front-runner Hillary Clinton pledged to slash US greenhouse gas emissions, a sign that environmental issues are playing a greater role than in previous US elections. (ref)

“The European nations & the state of California have signed a carbon reduction scheme. The method being adopted is ‘cap-and- trade’ – the creation of a carbon emissions rights market that, according to its critics, is actually an elaborate shell game that enables wealthy nations and energy corporations to continue burning fuels at high rates by paying others to do the hard work of figuring out how to get by on less fuel; (a point hilariously illustrated on www.cheatneutral.com)

George Monbiot takes up the same theme: “This is not the first time that such schemes have been sold.” Europeans in the 15th & 16th centuries could pay to redeem their sins: “The sale of absolutions was the source of large fortunes to the priests. … God’s pardon for crimes already committed, or about to be committed, was advertised according to a graduated tariff. Thus, poisoning, for example, was absolved for eleven ducats, … Absolution for incest was afforded at thirty-six livres, three ducats” etc.

In July, the Centre for Alternative Technology (based in Wales) presented a report to senior members of the British Government that showed how 100% reduction in carbon can be achieved. Now more conservative groups are saying: “UK can meet an 80 per cent CO2 target”. The UK can cut its CO2 emissions by 80 per cent by 2050 according to a new report by the Institute for Public Policy Research (ippr), WWF and the RSPB. The report says that the Government’s current target of 60% cuts in CO2 emissions by 2050 is inadequate because it is based on out-dated science and excludes the UK’s share of emissions from international aviation.

Yallourn Flood: ONE of Victoria’s largest energy suppliers has had its power cut by two-thirds and stalled production after water flooded into one of its coal pits, damaging equipment. As the station supplies approximately 22% of Victoria’s electricity needs and 8% nationally we may see the electricity spot price rise. Herald Sun, Wed 14th Nov. Wednesday’s story here, and Thursday [with good pic] is here.

Good reading on energy and coal: Dirt on Coal:
(this requires a free temporary subscription. If clicking the link doesn’t work for you, copy and paste the full link above into the address bar of your web browser. Once you click the link above you’ll begin receiving Energy and Capital daily, and you’re ready to move on to reviewing all that Energy and Capital has to offer. If you go to www.energyandcapital.net you will see all the other reports available to you as well as a complete archive of Energy and Capital articles.)

QUOTE:
If electricity comes from electrons, does morality come from morons?
Anon