Member’s Gathering: Friday 29th July – 5 to 6pm at the Hub.  Briefing and discussion: what is good, what can be improved & most importantly what you can do at this crucial moment to support action on climate change. For more info contact Dean on 0448 327791 or email dc@masg.org.au

MASG is looking to employ a Project Officer to assist in developing a community wind farm in the Mount Alexander Shire area.  Further details from Dean Bridgfoot on 0448 327 791 or see our community wind section of the website or email communitywind@masg.org.au

Peter Sansom talks to the masses about pruning

‘Thanks so much’, ‘great workshop’, ‘learnt so much’, ‘what’s the next workshop’…..These were just some of the comments made by the people who came along to the pruning young fruit trees demonstration on Saturday morning at The Hub Plot.  Over 40 people came to see the demo and to ask lots of questions.  Later, over tea and coffee, discussion of pruning techniques continued.  Thanks to Peter Sansom for his demonstration on the day. Others involved in helping with the morning included Pam and Heather and garden group volunteer, Mark Carter,  who donated his expertise in developing the first of our signs for The Hub Plot

Practical and invaluable training in communication and groups skills for anyone involved in a community group.  Run by skilled facilitators in the MASG area.   Vital Signs will support community workers and volunteers by increasing their communication and interpersonal skills and providing mentoring and support to assist them in their work within the community. Vital Signs Workshop Series:

OTHER LOCAL NEWS AND EVENTS

Learn sewing skills to clothe yourself – Beginners Sewing Program – 8 weeks
beginners course will introduce you to the sewing machine, its parts and functions, sewing terminology and have you using patterns, recycling and sewing great stuff for yourself, your home and your family in no time! Tuesdays 10am –1pm Or 6.30 – 9.30pm from 2 Aug – $260 Full / $220 Concession.  Sewing machines provided, small classes, casual friendly atmosphere.   Phone Julie 0401 534 502, email info@julieredprojects.com

The latest revisions of the Renewable Energy Sources Act, the Erneuerbare-Energien-Gesetz (EEG) in German sets a minimum requirement of not less than 35 percent of renewable energy in electricity supply by 2020, not less than 50 percent by 2030, not less than 65 percent by 2040 and not less than 80 percent by 2050.
The law actually sets a target of between 35 and 40 percent of supply within the next decade continuing the current policy of regulating solar PV development within a “growth corridor” of 3,500 MW per year. If Germany maintains growth of solar PV of 3,500 MW per year it will remain the world’s largest solar market for the foreseeable future. Both the government and the industry expect solar PV capacity to exceed 50,000 MW by 2020.
In addition, the 2012 EEG continues the German reference yield system for wind energy both onshore and offshore. The system is designed to ensure that not only wind energy at windy sites can be developed but also wind energy at less windy sites as well. The system has proven successful. Today, nearly 60 percent of all wind energy in Germany is developed in the less windy interior of the country, taking development pressure off the windy North Sea cost. Read appraisal of the of act here.

By manufacturing the micro-turbines locally, Morenikeji’s company creates jobs and lifts people out of poverty. This is one of many ways that independent electricity generation, particularly from renewable sources, can be crucial for addressing the challenges of socio-economic development such as education, food security, and health.

Independently-powered micro-grids can provide lighting for students to study at night. Studies have found an almost two-year difference in education levels between children in electrified households as compared to those in homes without power.  Read more on Mozambique’s good news here or watch a 5 minute YouTube Link TV video here on the benefits and good news on micro wind for Mozambique.

A Victorian community is objecting to a mining company’s proposal to search for brown coal over 500 square kilometres that includes the town of Deans Marsh as reported in the AGE.

Where the carbon tax is working nicely: BC Canada

This week’s Economist magazine notes that, since introducing the tax in 2008, the British Colombia economy has done well, outperforming the rest of Canada with slightly higher growth, slightly lower unemployment and lower income taxes. And the carbon tax has the support of the majority of the citizenry.

While our billionaires are shelling out $$ to run anti-carbon tax ads and to delay action on climate change NY Mayor Michael R. Bloomberg announced on Thursday that he would donate $50 million to the Sierra Club’s campaign to

France’s electricity giant has announced it is delaying its new generation nuclear reactor, prompted by the disaster at Japan’s Fukushima plant.

And Gas frackking continues to get on the nose

1. Farmers worry LNP has forgotten them
Queensland farmers are angry the opposition has failed to mention the protection of prime agricultural land in its latest position on coal seam gas mining. read more in the AGE Farmers worry story 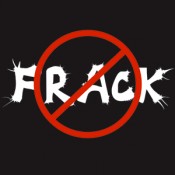 Coal seam gas mining can cause cancer and harm unborn babies, medical experts have told a Senate inquiry; as told in the Sydney Morning Herald.