This week we’re celebrating Dean and Carolyn’s contributions as they settle in to a new life in Thailand; the State Festival is upon us; the US Pacific Fleet commander (no less) sees his biggest threat not as the Chinese; the Rainbow Warrior is down the road in Melbourne and up for a visit; and new Premier Dennis Napthine sings the same song. 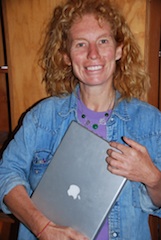 At the party after communal singing and with great ceremony we handed Dean and Carolyn the MacBook Pro Box. Then on Tuesday Carolyn received the actual MacBook Pro and loaded with all manner of software. She was also given a lesson on how to drive a Mac.

Thank you, I’m Macwordly mobile
To all of you little munchkins that covertly organised the beautiful Mac laptop for me to take to Thailand, a million thank yous. It was very naughty, but very very much appreciated. It is amazing to use such an intuitive, sexy, smooth, sensible machine after my beloved clunky, daggy  dinosaur.
Just wanted to say thank you to Anna and Lucy for organising the tekkie side of it and to you all for the great present debate and your kind donations.
Lots and lots of love and wilde laughter, Kaz. 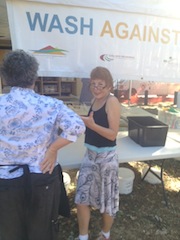 Get your hands clean! We need volunteers for the Wash Against Waste Trailer for the Castlemaine State Festival, Victory Park, Sunday, 24 March. Contact Kerry keranbo@hotmail.com

Last week MASG made our submission to Council’s forthcoming four-year Council Plan. We took advice and suggestions from our members, and Marg Rasa and Bronwen Machin did a great job of pulling it all together in a coherent five-page submission.

We have a constructive relationship with Council, and we’re looking forward to working with Council and our members to keep our Shire on track for a clean future. 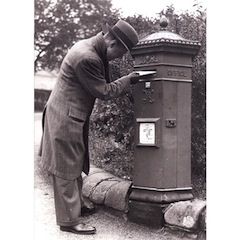 With signatures. Let’s stuff his inbox to overflowing. Let him know he’s off-beam.

You may have heard Dennis Napthine on radio this morning outlining what issues his government will work on. No mention of coal, gas, or the massive community opposition to new fossil fuel projects. And he refused to reconsider Ted Baillieu’s anti-wind laws.

Victorians need to flood him with messages demanding action to drive clean energy development and protect our world.

Please sign the petition, get it out to your friends, write to the papers, call talk back, get your friends motivated.

The Grove, at the State Festival

A place of festivity and performance, set in Victory Park. The Grove will explore art, food and sustainability through a delicious program of regional, imaginative performances and activities, after months of artistic and community workshops. Join the Festival opening weekend at The Grove. 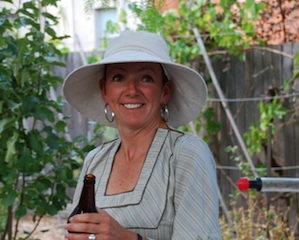 The garden is hanging out for some rain – and so are we!

Monday’s public holiday and heat didn’t deter our trusty volunteers. We got stuck into revamping our large worm farm. Good to see the thousands of worms still happy in the worm farms despite the heat.

This week we picked eggplants, lettuce, beans and tomatoes. We also enjoyed juicy cantaloupes from a self sown plant which had ‘popped up’ in one of the wicking beds.

Although producing tomatoes, the plants aren’t looking healthy despite early lush growth. We think a virus has hit them so will pull them out.

The heat also did not give us such a good strike with some seeds, so next week we’ll plant some more.

Sow What When In Castlemaine

Last Saturday we attended the Harcourt Applefest and sold several copies of our Sow What When In Castlemaine planting guide.

If you are interested in buying one pop into the Hub Plot on Monday morning. They are also available at the MASG office.

They are only $20 and come with a free poster of the planting guide chart.

Don’t forget our day of garden workshops coming up on 13 April. 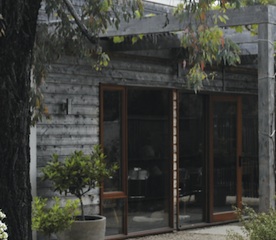 A local housing development of energy-smart houses in water-wise gardens, by Sue Turner with Sally Berridge

Munro Court is a group of eight energy-smart houses in a landscape of native plants. The development took 10 years to complete, and this recently published book documents the building of these houses and gardens starting with purchase of land in late 2001.

The book about the project will be launched on Wednesday, 20 March at Stoneman’s Bookroom, 4.30pm by Jim Norris, former Councillor and Mayor of the Mount Alexander Shire, MASG member and deputy Chair of the state Heritage Council.

Buy from Stonemans Bookroom, Castlemaine Information Centre or direct from Sue via www.turningwild.com.au

Greenpeace’s Rainbow Warrior has docked in Melbourne as the green group ramps up a campaign against coal development on the Great Barrier Reef. Visit them if you’re in Melbourne. 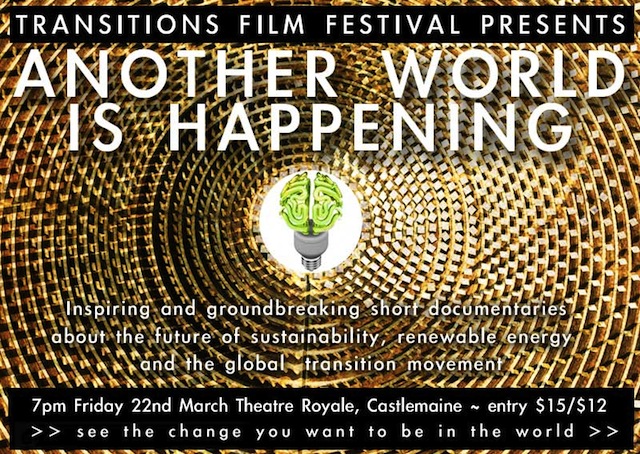 America’s top military officer in charge of monitoring hostile actions by North Korea, escalating tensions between China and Japan, and a spike in computer attacks traced to China – Navy Admiral Samuel J Locklear III – provides an unexpected answer when asked what is the biggest long-term security threat in the Pacific region: climate change. 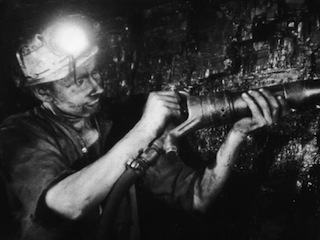 Lessons from the US coalface

On a day-to-day basis, the battle against coal – and climate change – can feel overwhelming. How do we turn the tide, and build a movement so strong that even the biggest coal companies in the world can’t stop us? Our Safe Climate Campaign Manager Victoria McKenzie-McHarg visited the US last year to find out.

She spent three months working with one of the world’s most successful campaigns against coal, and now is your chance to learn from that experience. 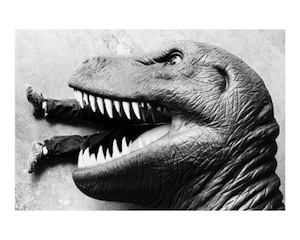 Renewables turn utilities into dinosaurs of the energy world

Every new solar panel installed on European rooftops chips away at power utilities’ centralised production model. Unless they reinvent themselves soon, these giants risk becoming the dinosaurs of the energy market.

And, according to recent research conducted by the Clean Energy Council, wind farming has generated more than $4 billion in investment in Australia since its introduction.

Generation waking up is a global campaign to ignite a generation of young people to bring about a thriving, just and sustainable world. The Generation ‘Wake Up’ experience begins as a three-hour workshop, led by young people, which presents a clear sense of identity and purpose as members of a generation-wide movement for positive change.

Facilitated by Lochie Read, a local 10 year old, supported by a team of award winning young leaders from Melbourne, this workshop is sure to inspire anyone who has a passion for youth, environment, sustainability and justice.

How the River was won 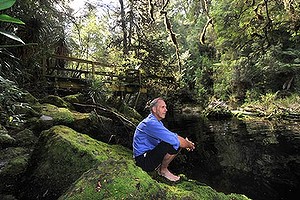 It was such a big community effort. And it’s got such a tangible result. Never again can people tell me that people can’t change the world, that people can’t overcome huge obstacles, because that’s what happened.
– Bob Brown