On your bike, sunshine! 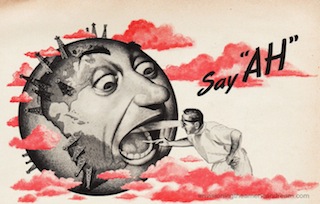 The next e-news will be published during the week beginning Monday 20 October, so get your contributions in to us then, by 11am.

This issue is about free trees and competitions and riding and walking for a breakfast and … lots more besides.

The website lists what waste items local businesses have to give away for free and how you and your community organisation or school can access them. Send a photo of your creation from business waste to waste@masg.org.au by Friday, 17 October 2014 to go into the draw. 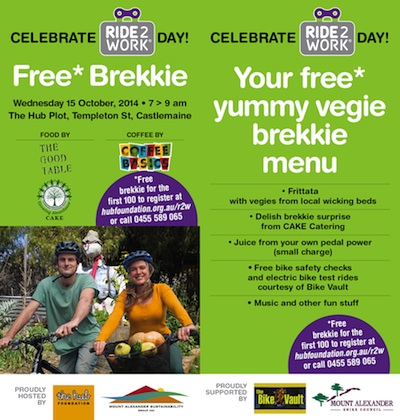 Ride2work – or ride or walk anywhere!

Ride or walk to anywhere on the day, reduce your greenhouse emissions and stop off on the way at The Hub Plot and enjoy a free brekkie at the Hub Plot, Templeton St, Castlemaine.?

You must register for the free breakfast. And while you’re at it, for each kilometre you ride your bike instead of driving, you are saving around 0.3 kg of CO2.

The Hub Foundation Castlemaine and MASG are jointly hosting a free Ride2Work Day breakfast between 7-9am on Wednesday, 15 October. The breakfast will be at the Hub Plot, Templeton Street, Castlemaine (behind The Good Table).

Ride your bike – it’s healthier for the planet – see the story below.

They’ll be serving healthy, locally sourced, locally prepared food.  Bring your friends and workmates – and your bike of course!

To find out more about how you can get involved in the Castlemaine R2W Day, visit: hubfoundation.org.au

A new study by the European Cyclists Federation (ECF) offers an in-depth comparison between the CO2 emissions of cycling versus other modes of transport. The study is aimed at encouraging policy makers to promote cycling as a larger part of their greenhouse gas emission reduction toolkit.

What makes the study interesting (and useful for settling debates) is that it took into account not just the emissions from the vehicles themselves, but from the entire life cycle of the mode including production, maintenance and fuel — which in the case of bicycling includes caloric intake.

Even with the CO2 emissions of food required to power a bicycle, the ECF study found that — while not emissions free — the bicycle is still the lowest emitter of greenhouse gasses per passenger kilometer travelled.

Calling all Changemakers! Yes, you!

Hear from new and exciting changemaking initiatives in the Bendigo region, what they’re up to and what differences they’re making. Network with like minded people and have a great night.

This event is hosted by Make a Change Australia as part of the National Changemakers Festival.

Let’s Nut it Out

Let’s Nut it Out is an interactive session with fellow changemakers to help move your projects along. From initial stages to something more established, wherever you’re at with your changemaking initiative, if you’re stopped, stuck, need advice or just looking for some new inspiration this session is for you. 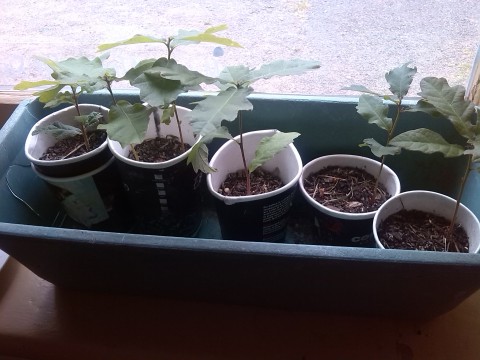 We’ve got a few to give away over the next week or so. Drop in and grab one!

For the first time the Victorian Labor Party has flagged that it may revitalise a state-based renewable energy target if the national target is closed to new business, or drastically wound back by the Federal Coalition government.

Daniel McGlone, the Labor candidate for the hotly contested seat of Ripon, told The Maryborough Advertiser the party remained committed to renewable energy. “(State leader) Daniel Andrews has made a commitment that should the RET be scrapped at a federal level Labor will revisit the VRET and re-instate it,” he said. “I’m obviously going to be deeply in favour of that.”

There has been increased talk about a VRET in recent months, particularly leading up to the state election later this year. Victoria’s VRET, under Labor a decade ago, single-handedly kept the renewable industry alive when the then Energy Minister Ian Macfarlane pulled the plug on John Howard’s MRET. Macfarlane is once again at the controls of policy, and seems determined to repeat the treatment.

We’re getting results for the mapping project we have been undertaking in the shire. We held a biochar workshop recently, and are about to increase our presence at public events around the shire before the end of the year. Watch out for us at the Castlemaine Show and possibly the Rotary Truck Show, where we are hoping to have a display of biodiesel. 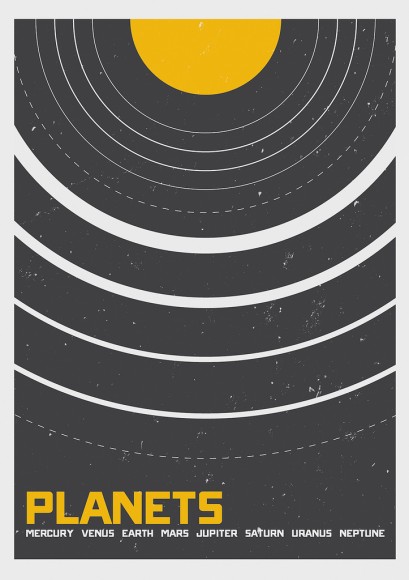 The highly conservative International Energy Agency predicts the cost of solar energy will fall to around 4c/kWh in coming decades as the sun becomes the dominant source of power generation across the world.

The IEA now expects solar to become the biggest single source of energy by 2050 and has now doubled its forecast capacity for solar PV. 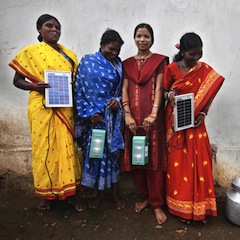 India’s new energy minister, Piyush Goyal has pledged that his government will create a “renewables superpower,” and “smash” the previous government’s solar target of 20GW by 2022.

In an interview with The Guardian this week, Goyal said that “for India to add 10GW a year [of solar] and six, or seven or eight of wind every year (was) not very difficult to envisage.”

While also dismissing criticism of the “very rapid” expansion of coal-fired electricity generation that India is also set to undergo, Goyal was keen to expand on – or perhaps clarify – Prime Minister Narendra Modi’s recent promise that every home in the power-starved nation would be able to run at least one light bulb by 2019, powered by solar.

New York Governor Andrew Cuomo reported a ramp-up in his state’s solar capacity Friday, an announcement that rounded out a big week for the state’s environmental initiatives.

The governor announced new NY-Sun awards for large solar electric projects that will increase the solar capacity in New York State by 68 percent, or more than 214 megawatts. Cuomo in April had announced a commitment of $1 billion to NY-Sun, the state’s initiative for increasing solar energy. The plan announced Friday includes a $94 million investment by New York State, along with private investments that total $375 million.

“Today we are making another long-term investment in our clean energy economy — with nearly $100 million in funding that will dramatically increase our capacity to generate and utilize solar energy across the state,” Cuomo said 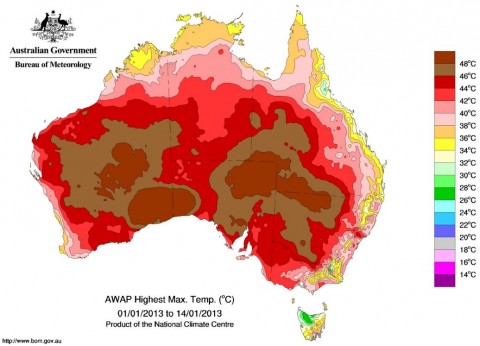 Australia’s 2013 heatwave due to climate change

Five separate studies have found that record temperatures in Australia in 2013 were almost certainly caused by human-induced climate change.

Researchers from the University of Melbourne, the Australian National University and the University of NSW have concluded it is “virtually impossible” that the heatwaves that hit Australia in 2013 would have occurred were it not for carbon emissions caused by human activity.

The reports have been published in the Bulletin of the American Meteorological Society as part of a global project examining the impact of climate change on extreme weather.

I’m quite nervous about writing this. I’m going to stray from my familiar academic world into a political one, and it’s on an issue that may very well have killed several people. My reputation has already been debased in the Victorian Parliament, by Health Minister David Davis. I’m expecting more political dirt to come my way.

It was the latest in a string of loans to dirty fossil fuel projects in Australia that has seen Westpac become one of the leading lenders to coal, oil and gas in this country. We found $3 billion in loans to the fossil fuel sector from 2008-2013 by Westpac and that’s before we spotted this finance for the Abbot Point coal port.

Many of these loans fund projects in environmentally sensitive areas, such as coal and gas exports in the Great Barrier Reef World Heritage Area, or the Maules Creek coal mine in NSW, which is turning endangered floral species and important koala habitat into a quarry.

On 17-18 October, 350.org are organising a national day of divestment action.You can join Divestment Day by registering here.

There will be activities at over a dozen locations around Australia. To see the event times and locations click here, but be sure to register as well.

You don’t have to be ready to leave Westpac on the day, but we are calling on thousands of Australians to use your power as customers to make a public stand, and tell the bank that if it keeps choosing to fund fossil fuels, you’ll choose another bank.

There are plenty of resources to help people go through the divestment process, including a list of over 120 banks and where they stand on the issue of fossil fuel investment, and a guide on how to switch banks and make it count. 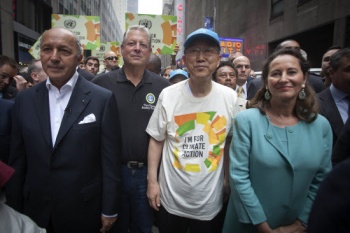 The clear and present danger of climate change means we cannot burn our way to prosperity. We already rely too heavily on fossil fuels. We need to find a new, sustainable path to the future we want. We need a clean industrial revolution.

« And we rallied! | Courage writ large »