Early in 2008 MASG put together a bulk buying program or solar PV panels on our members’ behalf.

We chose the Sydney Energy Coop (SEC) to import shipping-container-loads of panels from China, as SEC was a non-profit organisation set up to make cheap solar packages available to climate action groups.

Word spread quickly throughout the community and soon 72 participants enrolled. With assistance from MASG volunteers, we submitted applications for preapproval for the $8000 rebate to the Department of Environment, Water, Heritage and the Arts, and for connection to the electricity grid to Powercor. MASG volunteers and the Public Interest Legal Clearing House helped prepare contractual documents.

Installation
Maurice and his team came down from Sydney and with Steve Breheny and his team installed 20 systems in early October 2008 and returned in late November to install the remaining 52. Maurice ran a workshop at the end of November 2008 at the completion of the installations, to explain some basic operational and maintenance requirements.

Major benefits
There are now an additional 72, 1kW solar PV systems installed in the Mount Alexander Shire, feeding over 105kW of renewable energy into the electricity grid and reducing greenhouse gas emissions in our shire by over 150 tonnes a year. The systems are also saving each participant around $500 a year on average initially, a figure that will rise significantly as electricity prices rise.

The program provided local employment opportunities to Steve Breheny and his team of young apprentices and increased theirs skills and experience in the area of PV installations. We have another 72 keen advocates of solar PV technology in our community who have been telling their friends and neighbours and raising awareness about the benefits of renewable energy. The trial program was a success and we hope to run more in future.

Solar in schools and community buildings

Schools and Community buildings are eligible to apply for rebates through the solar in schools/community buildings program. In 2008, MASG coordinated rebate applications from State and Federal funding bodies for schools and other local community groups (Sustainability Victoria’s Solar in Schools/Community Buildings Program and Department of Environment, Water, Heritage and the Arts Solar Communities Plan).

A number of schools and community organisations installed solar PV systems with additional educational components through this program. MASG provided a varying level of assistance to these schools and organisations and local solar PV installer The Solar Bloke, Stuart Jamieson installed all systems.

Castlemaine Secondary College was a pilot for other schools this project. The 2kW solar PV system (pictured below) was installed in January 2008 and will be an integral part of the college’s sustainability education program. 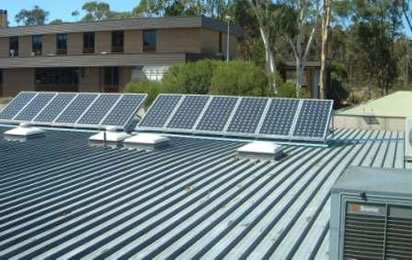 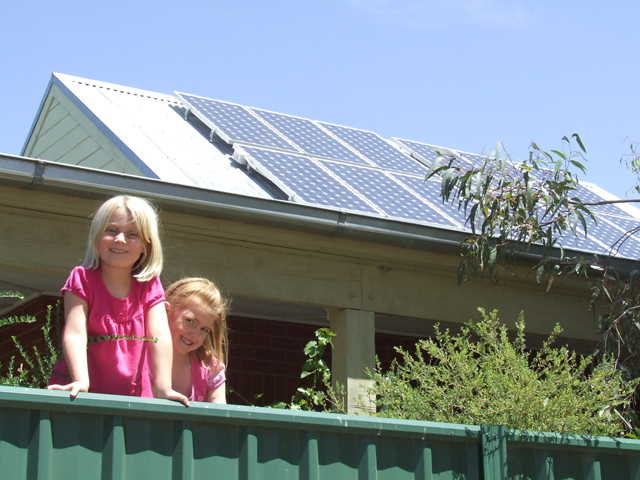 Newstead Pre-school, Newstead was the first community building to have their 2kW solar PV system installed. The system (pictured below) was installed in December 2007 and is playing an important role in the Newstead Community in demonstrating the benefits of renewable energy produced by solar PV systems. 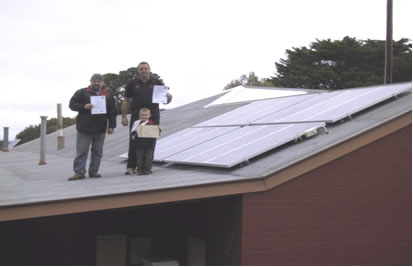 The Castlemaine Football Club  installed a 2kW solar PV system on their clubrooms in August 2008. 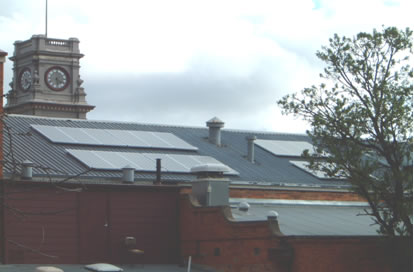 The Castlemaine Library installed a 3kW solar PV system – the largest of all the groups involved in the program – in September 2008. 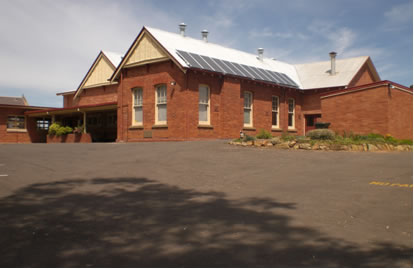 Castlemaine Uniting Church had a 2kW solar PV system installed on the roof of their hall in August 2008.