The next e-news will be published on Friday, 6 March, so get your contributions in to us then, by 11am. 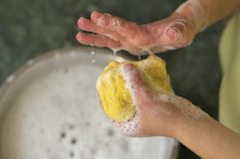 Get sudsy with the Wash Against Waste Trailer!

You may have seen WAWT operating at the Farmers’ Market and local festivals – and now we need you.

MASG is offering free training to individuals to become a licensed operator for the trailer – this means setting up and packing up the trailer, coordinating volunteers to wash up at our events, and having a good time!

Licensed operators are PAID for their time, or community groups can send a member to be trained, thereby reducing their fees to use the trailer.

For more information, to volunteer to work on the trailer, or to book a place in the licensed operator training, contact Anna on 0435 291 835.

WAWT is a fantastic community enterprise that demonstrates commitment to reducing, reusing and recycling what we have – all powered by volunteers, solar panels and good will!

We’re planning a Members Forum for 26 March at 7.30pm, at the Castlemaine Uniting Church Hall. What would you like to see MASG doing in 2015? What are the exciting projects we are working on now? How can you be involved?

$50 billion has now been divested from the fossil fuel industry world-wide. At over 450 events in 60 countries, people around the world declared that it’s wrong to wreck the climate — and it’s wrong to profit from wrecking it. 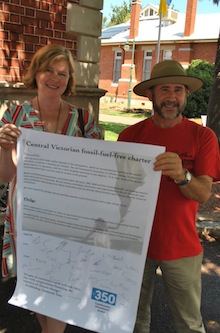 From the Pacific Islands to South Africa, from the United States to Germany, we stood up to demand that our governments, universities and financial and religious institutions stop investing in the rogue industries that are destroying our planet.

It was a massive turning point in the Divestment movement, with people around six continents fighting to de-legitimise the fossil fuel industry.

In Castlemaine we launched the Central Victorian Fossil Fuel Free Charter and the Divestment website.

Here’s a small sample of what happened elsewhere: 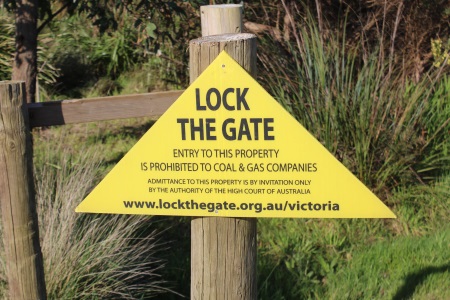 In a national first, a group of Victorian Western District graziers has asked a mining company if it has enough insurance to cover damage caused by fracking.

The graziers have asked for evidence exploration companies have enough insurance for pasture and water remediation or compensation.

The move comes as opposition to fracking mounts on both sides of Bass Strait. 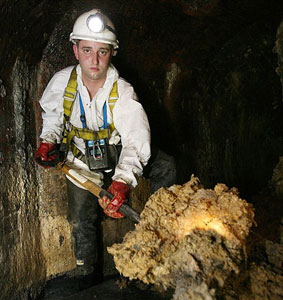 You may have already seen some of the most disgusting photos of fats being dredged from the London sewer (see pic). The good news is that in London they are using those discarded fats and oils to generate electricity.

The even better news is that Yarra Valley Water are preparing to start building a waste treatment plant, or biodigester, in Melbourne on similar principles.

As in London they are focusing on fats, and when running the facility will save the company the electricity costs of running the plant, and bring a return around $1000/tonne from wastes.

The company has a deal with several local industries, which they currently charge for sending trade waste into the sewer. They will soon be able to give those businesses an option to deliver waste to the biodigester.

The social benefits include reduced CO2 emissions, fewer trucks on roads and reduced waste to landfill. These helped get the project approved by the EPA and Government. Both former Liberal and existing Labor Governments are very supportive – it ticks the right boxes.

Working with nature to improve your property

Connecting Country’s program, ‘Working with Nature to Improve Your Property’, will be run as two series of workshops in autumn and spring.

The sessions are aimed at landholders with some acreage, who are interested to improve their property’s conservation and/or productive values. Places are limited, but there is still room for some more participants in the autumn series. For more information about the Education Program contact Janet Barker at Connecting Country via: Email: janet@connectingcountry.org.au   Phone: 5472-1594

In Person: ‘The Hub’ building, Office 9, 233 Barker Street (enter via glass doors on Templeton St and go up the stairs)

Preparing and designing for bushfire

Join Hamish MacCallum to take you through some key design factors to help better prepare for bushfires.

Hamish has been living in Central Victoria for 19 years, developing properties using permaculture design principles. One of the most challenging aspects of living in this region is the threat and reality of bushfires. Tuesday, 3 March, 7pm for a 7.30pm start, at The Food Garden, 14-16 Mostyn Street, Castlemaine. Bring a plate to share and a gold coin donation.

The charging station was officially unveiled in December by the Honourable Bill Marmion, Minster for Finance, Mines and Petroleum. Cristopher Hatton MLA for Balcatta also attended.

Mr Hatton said that the provision of a DC fast charging station at UWA and the proposed network of charging stations sponsored by RAC WA will encourage the use of electric cars, reduce CO2 emissions and support the transition to carbon free transport.

Climate action with your mouse!

Last year, there were celebrations after the Abbott government was defeated in its attempt to strip some of Tassie’s magnificent forests of World Heritage status.

It’s hard to believe that any government would try it again. But right now, the Tasmanian government has a disturbing new plan to allow logging and large-scale tourism in the heart of the Wilderness World Heritage area.

This is disappointing news but there is hope.

Will you tell Greg Hunt to keep his word and put a stop to exploiting Tassie’s World Heritage forests?

A ‘fatberg’ blocking one of London’s sewers

This is good for us, the environment, Thames Water and its customers. Our renewable power and heat from waste oils and fats is fully sustainable. When Thames doesn’t need our output, it will be made available to the grid meaning that power will be sourced, generated and used in London by Londoners.

« Lots of projects for 2015 | Looking for sustainable superstars »