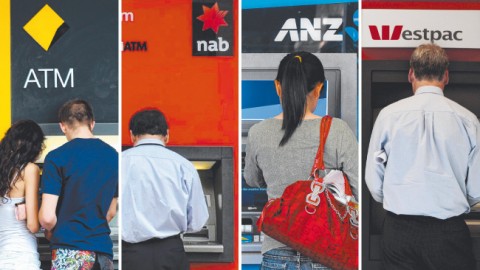 A report in 2013* identified the ‘Big Four’ Australian banks – Commonwealth, NAB, ANZ and Westpac – as the heaviest lenders to coal and gas export projects in the Great Barrier Reef World Heritage Area.

The report sparked a call for Australians to abandon these banks if they continue to invest in fossil fuel mines and exports. The projects include gas exports, mines, overland transport and export terminals, all leading to a massive increase in fossil fuel exports along the Great Barrier Reef coastline. 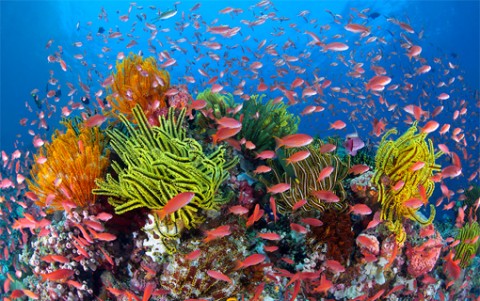 What you can do:
Many small actions can make a difference – divesting just from your credit card (which makes a great deal of money for the banks) or moving term deposits, or closing an unused or underused account. Above all, let the bank know why you are doing it!.

Not only do these loans and these projects place the Great Barrier Reef in jeopardy, they also threaten the stability of the world’s climate.

Since 2008, Westpac alone has loaned close to $3 billion to the fossil fuel industry, including projects such as the Hazelwood coal power station, the Maules Creek Coal mine, and coal and gas export ports in the Great Barrier Reef World Heritage Area.

Customers have been warning Westpac to stop lending to these dirty industries for months or they will move their money elsewhere. 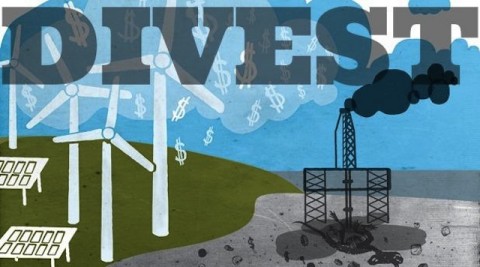 A Local Story of Divesting
We’ve been actively divesting from institutions which support fossil fuels for a number of years now and recently we were further inspired to act by 350.org when they invited Bill McKibben to present his “Do the Maths” campaign.
We started over a decade ago by moving our business and personal banking and credit cards from the Commonwealth Bank to the Bendigo Bank.
We also spoke to our staff and suggested they consider switching their superannuation to Australian Ethical Superannuation who apply rigorous ethical screens to all their investments. They all opted to change and we changed ours as well.
Any additional funds that the business generated were invested in Australian Ethical managed funds.
Around the same time we started to explore the stock market, deciding to invest only in companies whose governance and practices were ethical: no-go zones included fossil fuels, uranium mining, tobacco, gambling, weaponry, and so on.
More recently we divested a term deposit from the Westpac Bank and placed it with the Bendigo and Adelaide Bank. We advised both banks why we shifted the money and wrote a lengthy letter to Westpac management explaining our stand on fossil fuel investment. Westpac is currently bankrolling fossil fuel development to the tune of $1 billion plus. We have had no response from them to our letter.
You don’t need to have much money (or lots of it) to divest. In fact, you don’t need any. You can move your mortgage, overdraft, personal loan and credit cards to a bank that does not support the fossil fuel industry – banks like the Bendigo Bank and MECU locally. Because the banks make most of their profits from debt, shifting debt is one of the most powerful things you can do.
Join the growing numbers of people who are divesting. Take a stand for the economy, for the planet and humanity – divest today.
Tony & Nada Smark

*The report, Financing Reef Destruction: How Banks are using our Money to Destroy a Natural Icon, by Market Forces and 350.org, found that the four banks have played a critical role in enabling major fossil fuel projects, lending a combined $3.8 billion to coal ports and LNG terminals in the Barrier Reef area alone since January 2008.

You can withdraw your money from the Big Four. There are two valid options for your banking in Castlemaine – mecu and the Bendigo Bank – that do not lend money to fossil fuel projects.

Speak to the managers: at least one of them has a system in place to help people divest and to set up their periodical payments.

Ask for a quote, and how to transfer a mortgage. Look at interest rates, ask if any costs will be waived, look at their specials.

Outside of Castlemaine other options are available.

Our safe climate and the Great Barrier Reef are too precious to lose.

“Smart investors can see that investing in companies that rely solely or heavily on constantly replenishing reserves of fossil fuels is becoming a very risky decision.”

Apart from the moral and environmental equations, investing in fossil fuels is fast becoming a risky financial proposition, yet many Australian superannuation funds still invest heavily in fossil fuel projects.

Securing a safe climate means that 80% of current fossil fuel reserves must remain in the ground. 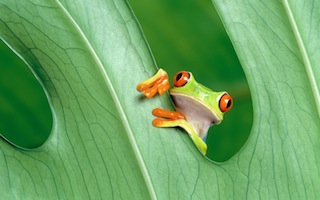 Australia stands on the verge of a fossil fuel expansion that would jeopardise the possibility of containing global warming to below 2C above pre-industrial levels – a key marker for the prospects of a safe climate for future generations to enjoy.