Employment: new position at MASG – ADMINISTRATION MANAGER
Full time – 38 Hour week – Salary Level and Range – Officer Level 2, $40-45,000 p.a. (plus superannuation).
The Mt Alexander Sustainability Group is experiencing rapid growth and we need a skilled person to assist with administration, membership and volunteer coordination and some financial aspects of the organisation. The Administration Manager’s work will complement the projects and activities being undertaken to achieve our goal of a carbon neutral community by 2015.
For a PD visit “About Us” on MASG’s website, or contact Dean on 5470 6978

Clearing out the cupboards? MASG is still collecting old mobile phones for recycling and every phone brings $5 to our fundraising efforts too!

Welcome back to 2008
This year we will be launching a series of projects that will need YOUR involvement to be successful. We will be asking our 550 members to choose to support at least ONE project or activity in 2008. Some of the projects include:
* Housing: 20 people committing to two afternoons in 2008 to staff the demonstration home in Campbells Creek.
* Renewable energy: 10 people committing to do at least one public information stall during the year to get the public more interested in renewables.
* Greenpower: at least 200 new greenpower users.
* Business: 50 businesses signed up with MASG to grow their business not their emissions
* Solar on community buildings: We are also looking for interest from representatives of community buildings who may wish to submit an application for a solar system in the next round of government funding. Please register interest with Jayson on 5470 6978.

Over 25 local cyclists gathered at the Castlemaine railway station early last Monday morning to register their concerns about the proposed bike ban. In response to public pressure V/Line is suggesting that the ban will not be enforced until February. Commuter cyclists and supporters of sustainable transport are invited to a meeting planned this Monday 14th at 6.30 pm at the MASG offices, 233 Barker St to form a cycling working party, coordinate further actions towards removing the ban, and to forward suggestions for expanded rail services which can fully accommodate bicycles. Contact jillg@vic.chariot.net.au or 5472 3098

Solar Cell Production Jumps 50% in 2007
Production of photovoltaics (PV) jumped to 3,800 megawatts worldwide in 2007, up an estimated 50 percent over 2006. At the end of the year, according to preliminary data, cumulative global production stood at 12,400 megawatts, enough to power 2.4 million U.S. homes. Growing by an impressive average of 48 percent each year since 2002, PV production has been doubling every two years, making it the world’s fastest-growing energy source… For entire text … . For data see http://www.earthpolicy.org/Indicators/Solar/2007_data.htm . For an index of Earth Policy Institute resources related to Solar and other Renewable Energy see …

Commercial Shipping Industry to use wind power to save energy
It is estimated that commercial shipping uses nearly 2 billion barrels of oil a year and emits as much as 800 million tonnes of carbon dioxide, or 4% of the world’s man-made emissions. Shipping also releases more sulphur dioxide than all the world’s cars and trucks. One of the first large cargo ships in 100 years to cross the Atlantic Ocean with the help of the wind will set off from Europe this month on a voyage that is due to make maritime history. When the 10,000-tonne Beluga SkySail is well clear of land, it will launch a giant kite, which wind tunnel tests and sea trials suggest will tug it along and save 10-15% of the heavy fuel oil it would normally burn. If the journey from Bremen in Germany to Venezuela and back is successful, it could become common to see some of the largest ships in the world towed by kites the size of soccer fields. 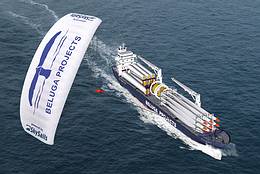 UK Ministers to assess climate cost of all decisions
Coal-fired power stations, airport expansions and new road schemes could all be put on hold following a decision by Gordon Brown that ministers must in future take account of the true economic cost of climate change damage. Ministers have been instructed to factor into their calculations a notional “carbon price” when making all policy and investment decisions covering transport, construction, housing, planning and energy. Full story …

Introduction to Beekeping course
The bees would like to work with us to create natural food abundance! Here is a cheap and effective way for us to learn about them! The course is expected to start on 19th Feb and will be run by BRIT (Bendigo TAFE). It will cost $127 and run over seven weeks, on Tuesday nights 6-9 pm, in Castlemaine, Bld A Rm CL1.04 Lyttleton St Campus. For more information on this Course, or any other, you may contact BRIT by email info@britafe.vic.edu.au or by phone 1300 554 248. www.britafe.vic.edu.au

Coming events for 2008
** ‘The Architecture of Self – how our dwelling places impact on who we are’. Talk by Peter Cowman: Saturday 26th January, 2 – 4pm, Castlemaine Community House, Lyttleton St and it’s a gold coin donation to attend. Peter is an Irish architect who teaches people how to create their own personal space. This ‘living’ architecture is seen as a vehicle for following one’s individual life stream, allowing one to live one’s life in harmony with the outside world. Peter’s work has been featured on Irish television and radio and his writings on Living Architecture have been widely published.
** Tours of Melliodora “Melliodora” (Hepburn Permaculture Gardens), on the edge of Hepburn Springs, the spa centre in Central Victoria. It is one of the best documented and well known permaculture demonstration sites in Australia. Passive solar house, mixed food gardens, orchards, dams and livestock, and creek revegetation show how permaculture design can help to restore and improve land, provide for residents’ needs and enjoyment in a cool inland climate. Tour Dates 2008: 3rd Feb, 2nd March, 6th April, 4th May. www.holmgren.com.au

Changing The Dream Symposium, Saturday January 12, 10am to 4pm, Macedon. The purpose of the Symposium Initiative is to accelerate the emergence of an environmentally sustainable, spiritually fulfilling and socially just human presence on this planet.  We’re inviting people who are or wish to engage in bringing change to the areas of environmental sustainability, social justice and indigenous issues, spiritual fulfilment and personal growth.  We intend that, individually and collectively, the symposium will expand our awareness about what’s required for a sustainable future and empower us to be in action.  Please pass on this invitation to others you think may be interested. We can facilitate car pooling and Macedon train station is a 200m walk.  For enquiries and registrations contact Barbara Crljen on bcrljen@bigpond.net.au or 5427 1756.

Final Word
“Lynne Kosky – the only Public Transport Minister ever to force people to buy cars?”