The next e-news will be published on Thursday, 24 July, so get your contributions in to us then, by 11am.

This week, put the Taradale Primary Fun Fair in your diary for a great day and support for solar panels for the school, get down to some energy-saving DIY and catch up with some of the great news on renewables – it just keeps getting better and better. 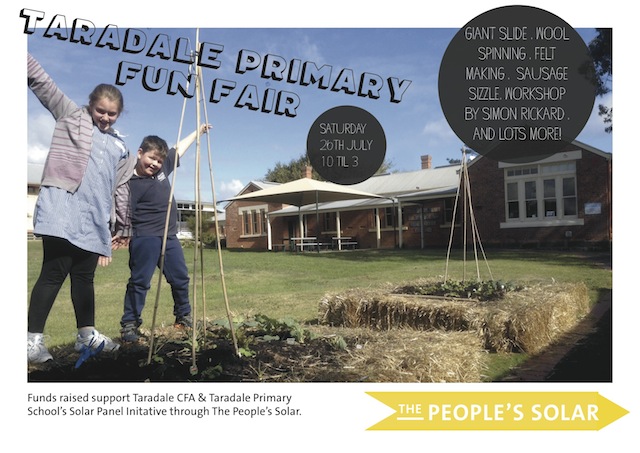 Come for the day or come and go as you please. There will be something for everyone!

Simon Rickard is a renowned food grower and gardener, having been head gardener at Diggers, and more locally, helping establish the now renowned intensive small-scale farm that supplies Annie Smithers. Simon has volunteered his time to help you fine-tune your green thumbs. His enthusiasm will leave you wanting to grow more.

MASG has had a lot of queries recently about participating in solar bulk buys and what our position is. Many people are aware that MASG has previously been involved in a number of bulk buy projects in the region, and indeed Mount Alexander Solar Homes has a project currently running.

Read about our position on solar bulk buys

The Efergy Energy Monitoring Socket shows you not only the amount of power your appliances are consuming, but also how much they are costing. It uses uses real time data and a large LCD display counts consumption by the Kilowatt-hour. It’s a great way for you to monitor each piece of electrical equipment in your home individually and make you aware of potential energy saving.

Just plug the unit into the wall and the appliance into the unit. The programming requires you to input the unit price you pay for your energy, choose which information you would like to see on the display and the unit will do the rest.

As the events schedule is a little quieter in winter, Mount Alexander Shire Council thought this the perfect time to engage event organisers in some practical and informative workshops.

A series of free evening workshops is planned for the coming months.

The workshop series starts on Thursday, 24 July at 6.30pm in the Ray Bradfield Room, Castlemaine with a session on Waste-Wise and Sustainable Events.
Ben Bowman, Sustainability Officer will facilitate discussions around the benefits of making events more sustainable, as well as effective waste separation and reduction, including use of the Wash Against Waste trailer.

To confirm your attendance please RSVP to Georgina Robertson, Events Officer via phone: 5471 1827 or email:g.robertson@mountalexander.vic.gov.au.

Over the next several decades we face many challenges as a consequence of the approaching many limits to growth. Finance, energy, environment, resources and climate will all impact on the single-minded, one-dimensional trajectory human society has been on in our present era of growth imperative. Our current path is unsustainable. It cannot and will not continue, so we must adapt our societies in order to build a new future. 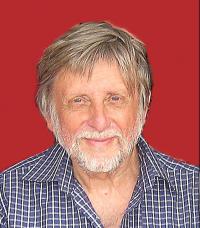 Eric worked tirelessly at CERES for the past 25 years to create one of the largest bodies of environmental and cultural education resources and networks in Australia, and help ‘mainstream’ the awareness of sustainability.

He was an innovator, educator, visionary, musician and great fun to be with. Eric brought a holistic perspective to CERES when it was a fledgling organisation. 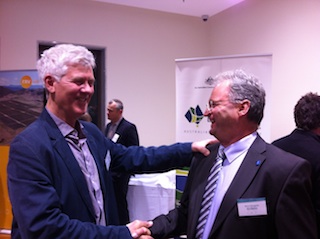 Deane Belfield of MacR and Mayor Arno Zengle of Wildpoldsried

Mick Lewin, Deane Belfield and Dean Bridgfoot from macR attended the inaugural Community Energy Congress held in Canberra on 16-17 June. They joined more than 300 participants in a lively event.

It was opened on Monday morning by inspiring keynote speakers Ivor Frischneckt of Arena, Simon Holmes a Court of Hepburn Wind and Arno Zengle, the mayor of Wildpoldsried, Germany. 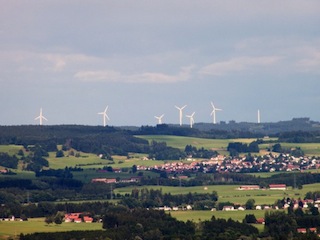 The mayor’s presentation showed what can be achieved given community will and a government prepared to provide practical support. This village outside Munich now generates 300% of its energy needs through a mix of renewable means including wind, solar and biofuels.

A number of special interest working groups were formed during the Congress to explore and develop topics such as local government and community energy, engaging farming communities to co-create regional development opportunities, virtual net metering, finance and crowd funding, and a community energy retailer. The farming communities engagement working group is being led by MacR’s Deane Belfield.

Deane Belfield and Mick Lewin delivered presentations and participated in panel discussions during a second round of special interest sessions. 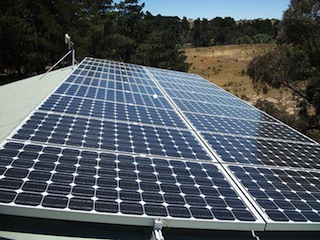 Australia is set to spend more than $55 billion on energy production over the next decade, and the vast majority of that will be in solar.

A new report says the growth in solar will largely be driven by rooftop investment. 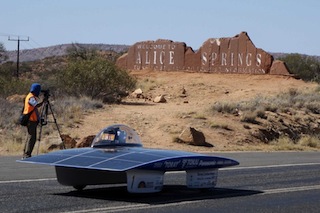 Even if coal were free to burn, power stations couldn’t compete

As early as 2018, solar could be economically viable to power big cities. By 2040 over half of all electricity may be generated in the same place it’s used. Centralised, coal-fired power is over.

Last week, for the first time in memory, the wholesale price of electricity in Queensland fell into negative territory – in the middle of the day.

For several days the price, normally around $40-$50 a megawatt hour, hovered in and around zero. Prices were deflated throughout the week, largely because of the influence of one of the newest, biggest power stations in the state – rooftop solar.

SunPower to add storage to solar in new homes

US solar giant SunPower has entered an agreement to have battery storage installed in new homes in California, as it looks to expand its solar plus storage systems that are also being tested in Australia.

SunPower announced overnight that it is extending its partnership with US home building KB Homes – which already install solar on all new houses – to install new energy storage solutions at certain customer homes. 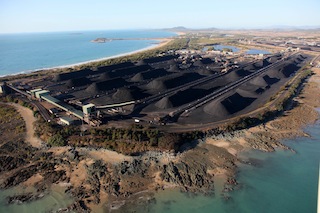 Dudgeon Point is one of a number of multi-billion dollar Queensland coal export terminal proposals that have been relinquished over the last two years. This highlights the rapid deterioration in the global coal industry prospects, with key turning points this last month by China’s President Xi Jinping’s call for an “energy revolution” and President Obama’s “Clean Power Plan”.

Corporates like Brookfield Infrastructure Group, with a proven history of maximising investor returns, are shelving unviable proposals and moving on. 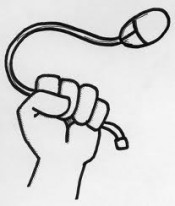 We need every renewable energy advocate we can get in the Federal Parliament and this week we may have found a new one.

As Victoria’s voice for the environment we think it’s important to encourage our fellow Victorians when they take a stand for clean energy.

So let’s encourage Senator Muir to continue to speak up for renewable energy – and tell him we support Australia maintaining a price on pollution.

Twenty-one thousand people were employed in renewable energy in Australia in 2013. These are jobs for the future, and we want more of them, not fewer!

Want to make sure we keep those jobs? Tell Clive just how important renewables jobs are with this quick link to the Palmer United Party, and let your friends know that he needs to keep supporting an unchanged Renewable Energy Target, so they can tell him, too! 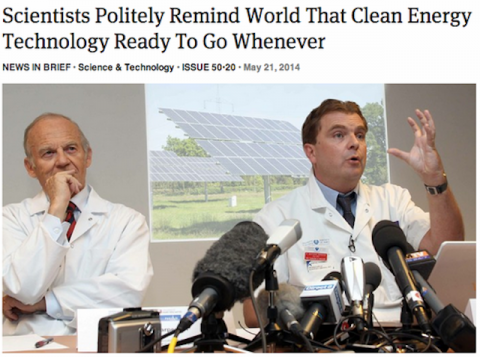 « It’s winter and DIY time | Despite our politicians, renewables march on »