Full house for “MASG’s Big Night Out”: We had great night with three of Castlemaine’s most popular performers, Team Henderson, Justin Shortal and Andree Cozens, plus silent but stunning Grace!

Before the event we wrote: Whilst their act is a well-kept secret, we do know that Team has been borrowing ancient bike gear from veterans of cycling in Castlemaine, Justin has been in France honing his interviewing skills and studying ‘le velo’, and Andree has been seen in the local bike shop asking difficult questions about the health and safety implications of various bike seats.

For those who’ve come to Castlemaine in recent times, Justin was the local comic of choice in the 1990s, specialising in the creation of wonderfully bizarre characters for all sorts of occasions, before his work took him to Melbourne. Team and Andree are well-known as part of the Ministry of Delight which was arguably the best comedy act of the last two State festivals.

The comedy will be followed by the drawing of our bike raffle and, of course, the showing of the classic film The Bicycle Thief. Downstairs is sold out but there are very good upstairs seats left. Tickets on sale for $20 and $16 at the House of Fergus Frog (Barker St) or at the door. Info: Call Neil on 5472 3094. 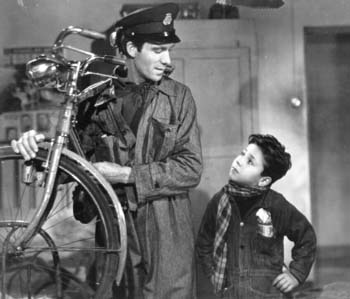