Global emissions and bovver – is there a link?

The next e-news will be published on Thursday, 29 August, so get your contributions in to us then, by 11am.

Where to start, where to start … Drinks! Come on! What’s more important than getting together with friends and colleagues and celebrating? Write this down: 5pm Friday, 30 August at the New Northern Hotel Barker Street.

We’re taking a pre-election focus, with local passionate people talking about what a green election result would be like. We may have Federal candidates present: Lachlan Slade, Lisa Chesters, Greg Bickley: they’re all invited. Watch this space for more information. Tell a friend. Come and enjoy!

Politicians are in the air … our Chair Marg Rasa and some other MASG members are meeting with Maree Edwards at end of month to discuss sustainability and environmental issues at the State level. If there’s anything you want raised let us know by email or call us on 5470 6978.

Our existing battery and light globe recycling facility (in the foyer of 203 Barker St) has been upgraded so you can access it more easily. A new facility for recycling fluoros and light globes has been set up with Community Grants Funding from Mount Alexander Shire Council at local electrical wholesalers Lawrence and Hanson (in Railway Ave Castlemaine). The aim has been to give local electricians and the general public convenient access to recycling toxic waste, which up till now was going to landfill.

The uptake on this so far has been remarkable. We have recycled four times as many globes and fluoros in the last three months, than for the whole of the previous year. Perhaps inspired by this, Mt Alexander Shire Council is currently setting up similar recycling facilities in the Tip Shops at Castlemaine and Maldon landfills.

Well done MAS, and to you, the recyclers!

The next CoG meeting will be on Thursday, 5 September, 5.30pm, at the Community House, and it’s open to all of you, our members. Come along and hear what we’re up to – some interesting, no, exciting projects are on the cards. 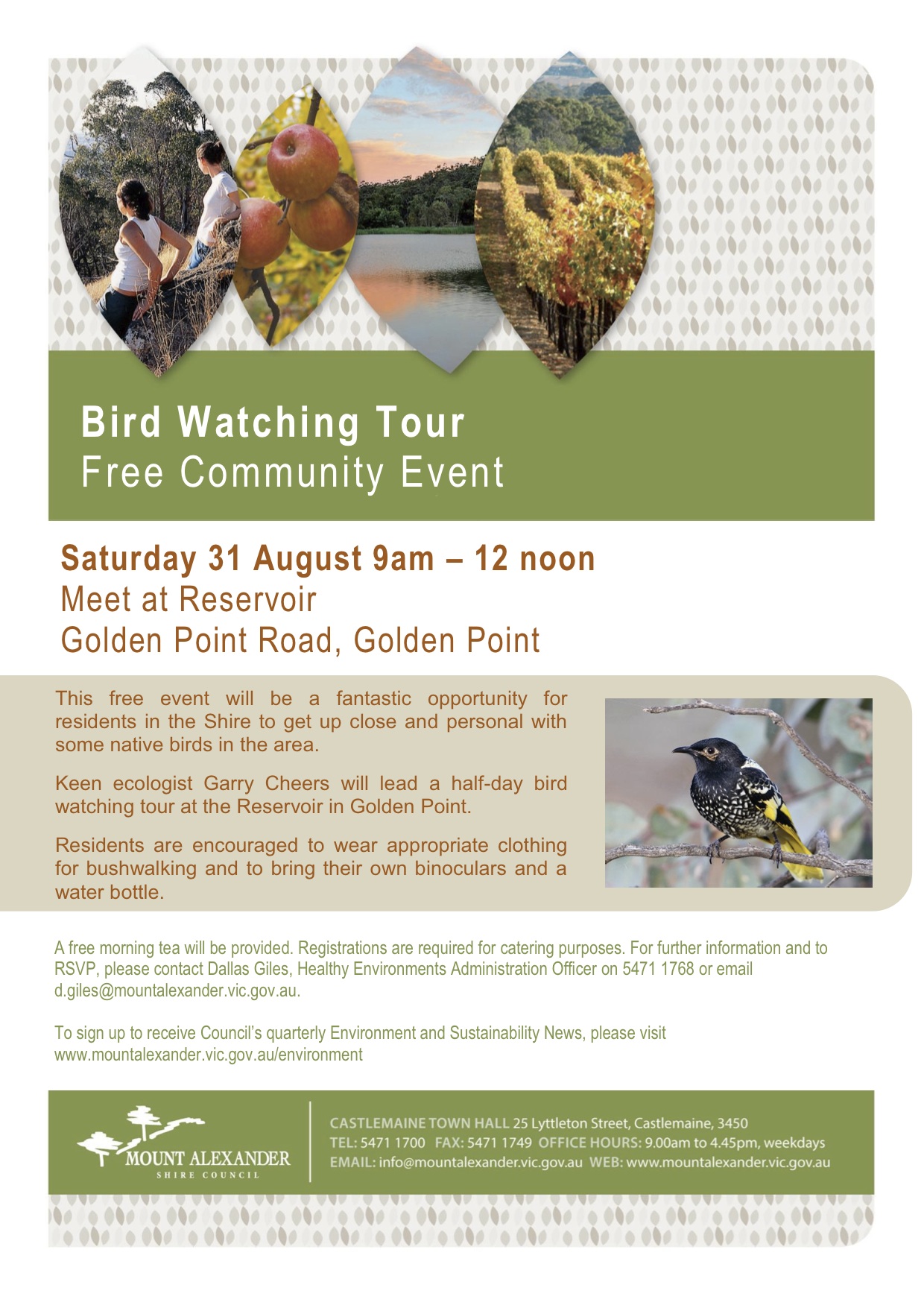 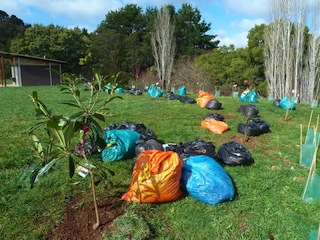 They’re back. Hooray! Last year we had the excellent Food for Thought film series. Now it’s the Lunchtime Speakers Series. Next week on Thursday 22 August, 1.30pm-2.30pm at the Ray Bradfield Room (next to Victory Park, Castlemaine), Patrick Jones and the Daylesford Community Food Gardeners share with us about how his community is growing food in some of the spaces you’d least expect. Come eat, listen, dream and grow.

How to have zero emission housing in 10 years 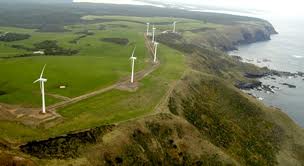 A new study has indicated that all Australia’s existing housing could be retrofitted to be zero emissions within 10 years. Households could halve their energy use and go gas free.

Don’t believe us? Read about King Island, half way across the ditch. Over there, they’re demonstrating the huge potential for using renewables, energy storage and smart grid technology to break free of fossil fuels and demonstrating that a high-renewables future is possible.

No, we active volunteers don’t rest during winter! 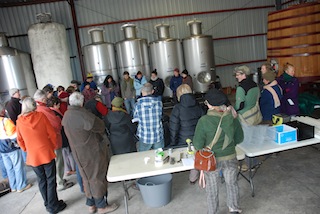 The wicking bed and spring planting workshop we held at Bress Winery was a great success. We had over 30 people interested to hear what Peter had to say about the principles and practice of wicking beds.

Participants  got into making wicking beds using a fruit box and IBC containers. Then Louise and Tiffany gave a demonstration of soil blocking and seed sowing in preparation for summer crops.

Thanks to Sue from Bress who served a delicious and warming morning tea and lunch for everyone.

On Monday we welcomed Fiona McMahon the Shire’s Manager for Sustainable Development, for morning tea and a tour of the Hub Plot. Fiona was pleased to see how well the Hub Plot’s street garden bed is growing.  She was also particularly interested to hear of the interest we’ve been receiving in it from many passersby and visitors.

Hub Plot volunteers are helping the Shire’s Healthy Communities Project  by running a couple of workshops at the Leisterville Community Centre. Peter and Marshall spent time on Monday working on a new garden bed for the centre and on Wednesday we ran a wicking garden workshop. There were 14 people at the workshop and lots of interesting questions were fielded.

In a fortnight we will be running a ‘Veggie gardening workshop’  and there will be a launch of a cook book put together as part of the project.

Hub Plot goes to the city

Next Monday, 19 August we are off on an excursion to CERES in Melbourne.  We will also be visiting a permaculture back yard in Northcote as part of excursion day. Thanks Pamm for organising us.

A day of productive gardening workshops coming up at the Hub Plot on Saturday 21 September. More details in next newsletter.

Ordinary Australians who have voted with their wallets to reduce electricity demand and reduce greenhouse gas emissions by installing solar panels, have revealed a weakness in the electricity system. Powercor is attempting to limit solar installations in capacity, hence the “30 percent” they will allow relative to local transformer capacity. They are restricting the size of domestic PV upgrades and installations.

Solar Installers may not be aware of this, and quotes may become advanced before this “road block” becomes apparent. We would like to continue the uptake and expansion of solar. Please contact ianbatty311@bigpond.com if you are interested in forming a group to advocate for reducing current restrictions.

MASG would also love to hear from you if you have been affected but don’t have time to work with the group, so we can get a picture of the size of this problem.

It makes sense to accept this growing demand, and Powercor should reflect real-world changes in power consumption. To join this group contact Ian (MASG member, technology writer and solar owner) at ianbatty311@bigpond.com
To let MASG know you have been affected email Anna

The death throes for coal?

As the coal industry realises its own mortality, it’s mounting a fight. Despite coal’s plummeting share price and China’s recent introduction of a cap on coal emissions, recently the Queensland government approved Clive Palmer’s $6.4 billion China First coal mine in NSW’s stunning Bimblebox nature refuge. Not only will this cause local environmental devastation, it will keep us on the path to climate catastrophe.

But we can stop this potential nightmare if we act now. China First needs Federal sign-off before it can proceed, so let’s show Minister Mark Butler that Australians won’t support this plan to trash our environment and play havoc with our children’s future. We know he might not be the Minister for much longer, but let’s build the pressure while he still is.

Will you send Minister Butler an email now? Click here to take action. 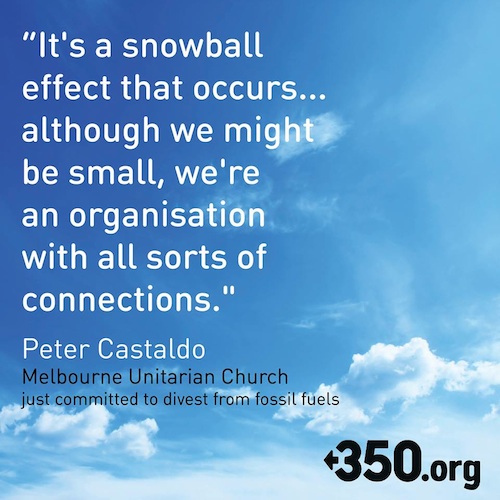 As Kevin Rudd and Tony Abbott sprint to the election finish, a lead-out team has joined them on the road to make sure cycling policies on are on the winner’s podium on election night.

Australia’s major cycling organisations have joined forces to create an election platform and give Australia’s four million bike riders a voice in the 2013 federal election.

Help make this a success.

The Vote4Cycling election campaign is first ever partnership of 22 national, state and community cycling organisations from around the country. 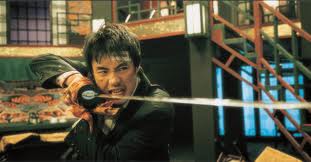 You feel on edge when it’s a heatwave, right? Now there’s research to prove it. Published in Science, the research examined 60 previous studies from around the globe. The results suggest that changes such as drought, flood and high temperatures strongly correlate with spikes in conflict.

The study drew on a variety of research fields including climatology, archaeology, economics, political science and psychology to provide a comprehensive look at how climatic changes shape human conflict and violence.

The last 10 months have been abnormally warm across Australia setting many heat records with a lack of unusually cold weather in most parts of the country. The more significant records for this period include:

Ouch: does this mean more bovver on the streets? 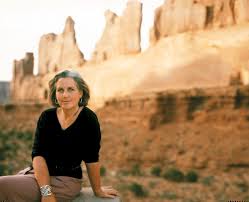 “The Eyes of the Future are looking back at us and they are praying for us to see beyond our own time.”

? Terry Tempest Williams, Red: Passion and Patience in the Desert 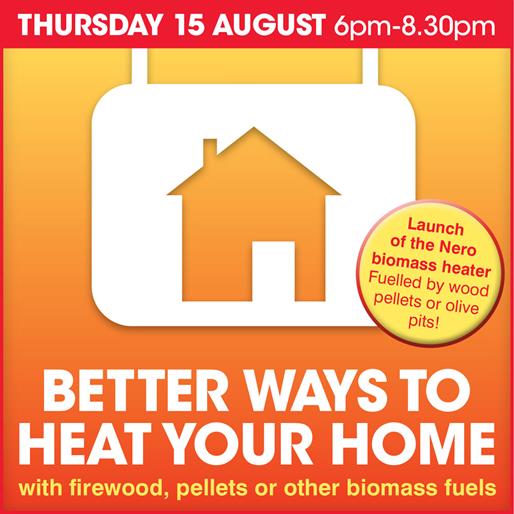