We are back after a short break, and ready for a year of real action on climate change with major projects Comfy Homes, Solar Hubs and the 100% Renewable Energy Campaign all in full swing in 2011.

Solar Hub project- harnessing the energy of the sun and MASG

The Solar Hub project aims to install PV sytems on 1000 roofs in Mt Alexander and Bendigo in partnership with the Bendigo Sustainability Group.
So far a steering committee has been convened and if all goes well we anticipate:

Putting PV on your house, community building or business

If you or a friend are interested in knowing more or installing a system under the program contact Kerry to register your interest on 54706978 or email admin@masg.org.au

It seems the cooler summer hasn’t put people off focusing their new year’s resolutions on making alterations that make their homes more comfy and cut down energy bills. There are many good places to start – contact Ross at Central Victorian Solar City for your free home energy assessment (5479 1900) and contact Deanna at MASG (5479 1900) for information on products for cooling your home this summer. Pick up our compiled list of local products and services or have it emailed or drop in and see the range of products we have on display. For details: deanna@masg.org.au

Check insulation – Good insulation is an essential factor to any changes you make at home. Check the ceiling, wall and floor insulation. Did you know that 25-40% of heat can come through the roof of a typical un-insulated house? And 25-35% through the windows and 15-25% through the walls. Contact us for information to help make your home more comfy.

We have the chance to send one or two MASG members or interested people to a fantastic training and networking opportunity in for 2 days, March 12-13th, as part of the 100% Renewables campaign…just down the road in Rocklyn near Daylesford. The workshop is being jointly coordinated by Dean from MASG and Andrew Bray from BREAZE in Ballarat with a great lineup of facilitators and speakers.

100% renewables campaign- changing the debate over energy from pollution and costs to cleaner, better, smarter and cheaper in the long run.

The workshop will build relationships between people from other rural and regional community groups across Victoria, SA and Tasmania. Participants will gain a greater insight into and understanding of the challenges and opportunities for renewable energy in regional and rural Australia and develop skills and expertise for effective advocacy on renewable energy. We will be working with some of Australia’s leading trainers in community engagement, advocacy and campaigning in a beautiful bush land location.

For more information contact Dean on dc@masg.org.au or 5470 6978 or download the  information sheet .About the VIC workshop

The government of Italy has become the first in the European Union to outlaw the use of plastic bags by all retailers, starting January 1st, signaling a large shift in a country which uses over 20 billion bags per year (400 per person) . 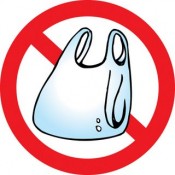 While there are only a few cities (and few, if any, countries) with plastic bag bans in place, many businesses have reduced bag use significantly in the past year. IKEA has reduced plastic bag use by 90%by replacing free, plastic bags with low-cost reusable bags and the UK’s Marks & Spencer has reduced bag usage by 80% in less than one year. Read more here.

Researchers are creating a new type of solar cell designed to self-repair like natural photosynthetic systems in plants by using carbon nanotubes and DNA, an approach aimed at increasing service life and reducing cost. Read the original article..

Climate instablity in 2010: the costs are mounting

Dr. Kevin Trenberth, head of the Climate Analysis Section at the National Center for Atmospheric Research in the USA explains what is going on with the unprecedented flooding in the world this year

“there is a systematic influence on all of these weather events now-a-days because of the fact that there is this extra water vapor lurking around in the atmosphere than there used to be say 30 years ago. It’s about a 4% extra amount, it invigorates the storms, it provides plenty of moisture for these storms and it’s unfortunate that the public is not associating these with the fact that this is one manifestation of climate change. And the prospects are that these kinds of things will only get bigger and worse in the future.”

No Coal-Fired Power Plants Built in Past Two Years in the USA…coal is a dead man walking says head of Deutsche Bank.

The Washington Post reports how construction did not begin on a single new coal-fired power plant in the United States for the second straight year.
This in a nation where a fleet of coal-fired plants generates nearly half the electricity used.

A  combination of low natural gas prices, shale gas discoveries, the economic slowdown and litigation by environmental groups has stopped – at least for now – groundbreaking on new ones.

“Coal is a dead man walkin'”

says Kevin Parker, global head of asset management and a member of the executive committee at Deutsche Bank.

“Banks won’t finance them. Insurance companies won’t insure them. The EPA is coming after them. . . . And the economics to make it clean don’t work.”

From 2000 to 2008, construction started on 20 units in 19 plants, according to Edison Electric Institute. Last year, utilities and power-generating companies dropped plans to build 38 coal plants while announcing that they would retire 48 aging, inefficient ones, according to the environmental group Sierra Club.
The battle over coal plants could sharpen in 2011, as the USA EPA deploys regulations to improve the efficiency – and lower the greenhouse gas emissions – of big power plants.