Due to the recent news that the senate has passed a 20% reduction in the Renewable Energy Target, it is a great opportunity to be reminded of local projects, that demonstrate the community’s commitment to renewable energy solutions and sustainability initiatives.In international news, a landmark case in The Hague, saw a court rule against the government’s lack of action in addressing Climate Change, and with the Pope’s recent call to action, the Renewable Energy Sector and Climate Action Lobby has some renewed support in a tough political climate.

Last e-news we featured in international news, the G7 nations announcement to phase out fossil fuels by the end of the century, ‘to reduce global greenhouse gas emissions at the upper end of a range of 40% to 70% by 2050, using 2010 as the baseline.’ as recommended by the  IPCC, the United Nations’ climate change panel. The world is moving forward.  And within our communities we can continue to move forward also!

The MASG Stage 1 ‘Waste to Energy’ pre-feasability study received funding in 2015 from The Lord Mayors Charitable Foundation and The McKinnon Foundation, to investigate bio energy opportunities across two precincts in the town-ship of Castlemaine. The focus of the Stage 1 investigation has concentrated on the Castlemaine Land Fill Station and Sewerage Treatment Facility.

The project goals were to identify and map waste streams, assess current energy use profiles, and propose opportunities most likely to provide a reliable, viable and commercially attractive outcome.

The study has culminated in significant data, identifying three possible renewable energy projects: bio-digester, gas from landfill, and bio-char/heating at the waste water and landfill precinct.

‘If we extracted the energy from our sewage, the waste that goes to landfill and our landfill emissions, it would provide around 1,620 GJ per week, or provide up to 2.5MW of continuous (combined heat and electricity) generation.

This is around ten times the weekly energy used at the industrial precinct near the landfill and waste water treatment plant. Or to look at it another way, all of this waste could provide continuous generation capacity of up to 1 to 1.5 MW of heat and up to 1MW of electricity. 1MW of electricity generation is enough to power around 400 homes.’ MASG Waste to Energy Precinct Pre Feasibility Study 2015.

A report is being prepared and will feature on the Community Renewables Website, with the aim to inform Stage 2 of the project which will see a full feasibility study completed, in order to attract resources to deliver a bio energy project to the Shire. 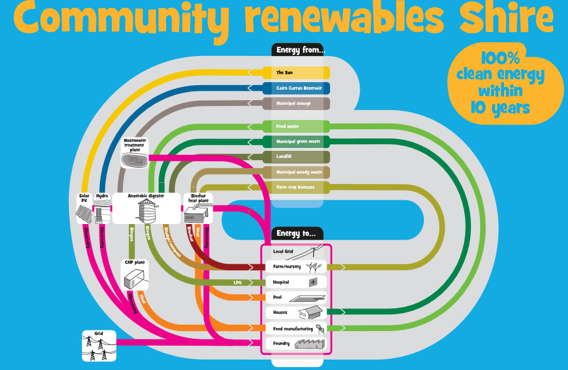 Click on the image to see the Enlarged Community Renewables Map

A Massive Thankyou to all the Wash Against Waste Volunteers

The Village Winter Festival was attended by about 2,000 people and the food and drink vendors used the crockery, mugs and glasses from our trailer.  So no disposables!  It was a great effort as the festival did run from 12 noon to 11pm and was pretty cold at the end but a terrific spirit prevailed. Thanks so much to all the volunteers that spent part of their Saturday with Wash against Waste.  Contact Helen at MASG on waw@masg.org.au or on 03 5470 6978 if your keen to book the trailer for your event or to get involved.

These tours have booked out in the past, so save the date and watch this space!

Economists predict the end of the coal era, and investment in renewables to rise despite lack of government policy.

This week Pope Francis makes himself heard on climate change action, with a moral call for action on phasing out the use of fossil fuels in a 180-page encyclical on the environment, calling world leaders to recognise environmental protection as a moral imperative.

A judge in the Hague has ruled that the Dutch government’s stance on climate change is illegal, ordering an action to cut greenhouse gas emissions by 25% in five years. 886 Dutch citizens decided to sue their government, and “For the first time a court has ordered the government to protect its citizens from climate change,” writes The Guardian.

As the senate passes a 20% reduction to the renewable energy target, from 41,000 to 33,000 GWh by 2020, exempts emissions-intensive industries such as aluminium smelting from the scheme and controversially classifies burning native forests as renewable energy, economists at Bloomfields New Energy Finance indicate that even without government policy, renewables will supply the majority of Australia’s energy by 2040.  When required ‘it will be cheaper to replace retired fossil-fuel generators, which have a 40-50 year lifespan, with large-scale wind or solar farms than new coal projects’.

John Hewson has been in the media declaring, ‘It’s time we recognised the risk associated with pouring money into climate-exposed investments, lest we end up with a climate-induced financial crisis that dwarfs the recent GFC,’ he writes in The Drum. As an economist he states, that the risk is that these assets become “stranded”, and the values of infrastructure, property and shares fall sharply, with asset owners trapped into realising substantial losses.

ABC’s Four Corners program ‘The End of Coal’ last week, highlights the plummeting price of coal, as the international market turns away from fossil fuels. You can still catch the program on ABC iview and on the Four Corners website.

Meanwhile Abbott appoints a wind commissioner, and the ‘inquiry’ into wind farms goes on.

New monitoring and regulation of wind farms has been recently announced by the Federal Government including the appointing of a national wind farm commissioner, and appointing an ‘independent scientific committee’, among other measures.

The wind energy sector has undergone nine reviews or inquiries over the past five years, Kane Thornton, chief executive of the Clean Energy Council says ‘it is clear that the level of scrutiny and inquiry being directed at wind power is entirely disproportionate compared to other kinds of energy generation.’

In a report released in February the National Health and Medical Research Council concluded that “there is currently no consistent evidence that windfarms cause adverse health effects in humans”.

A Sydney University review of 25 studies into the possible health effects of wind turbines found none had produced evidence they were detrimental to human health and, in 2014, the Australian Medical Association issued a statement saying the available evidence did not support the idea that windfarm noise harmed humans. 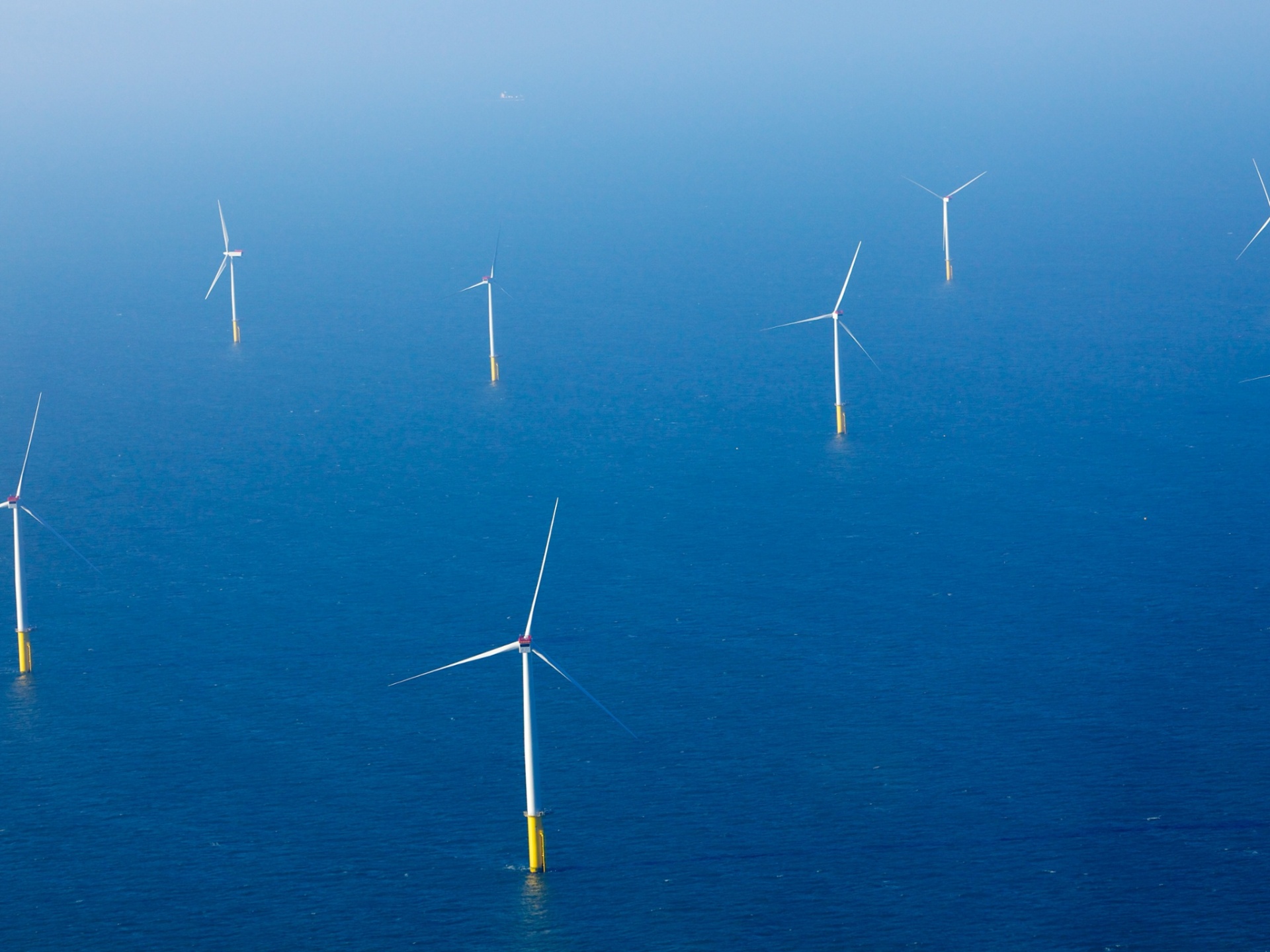 (Image: The Beauty of Windfarms in Pictures, The Guardian)

Click, Sign and Share to help remind the State and Federal Governments that the world is moving forward and away from fossil fuel investment and now is the time to embrace renewable energy options. For the good of the economy, for jobs, and for the sustainable future of Australia.

Put your support behind a VRET and sign Friends of the Earth’s ‘Yes2Renewables’ campaign petition, calling on Daniel Andrews and the Victorian State Government to commit to a VRET and to show leadership on environmental issues.

Friends of the Earth are running a campaign calling on a fair senate enquiry into wind farms. 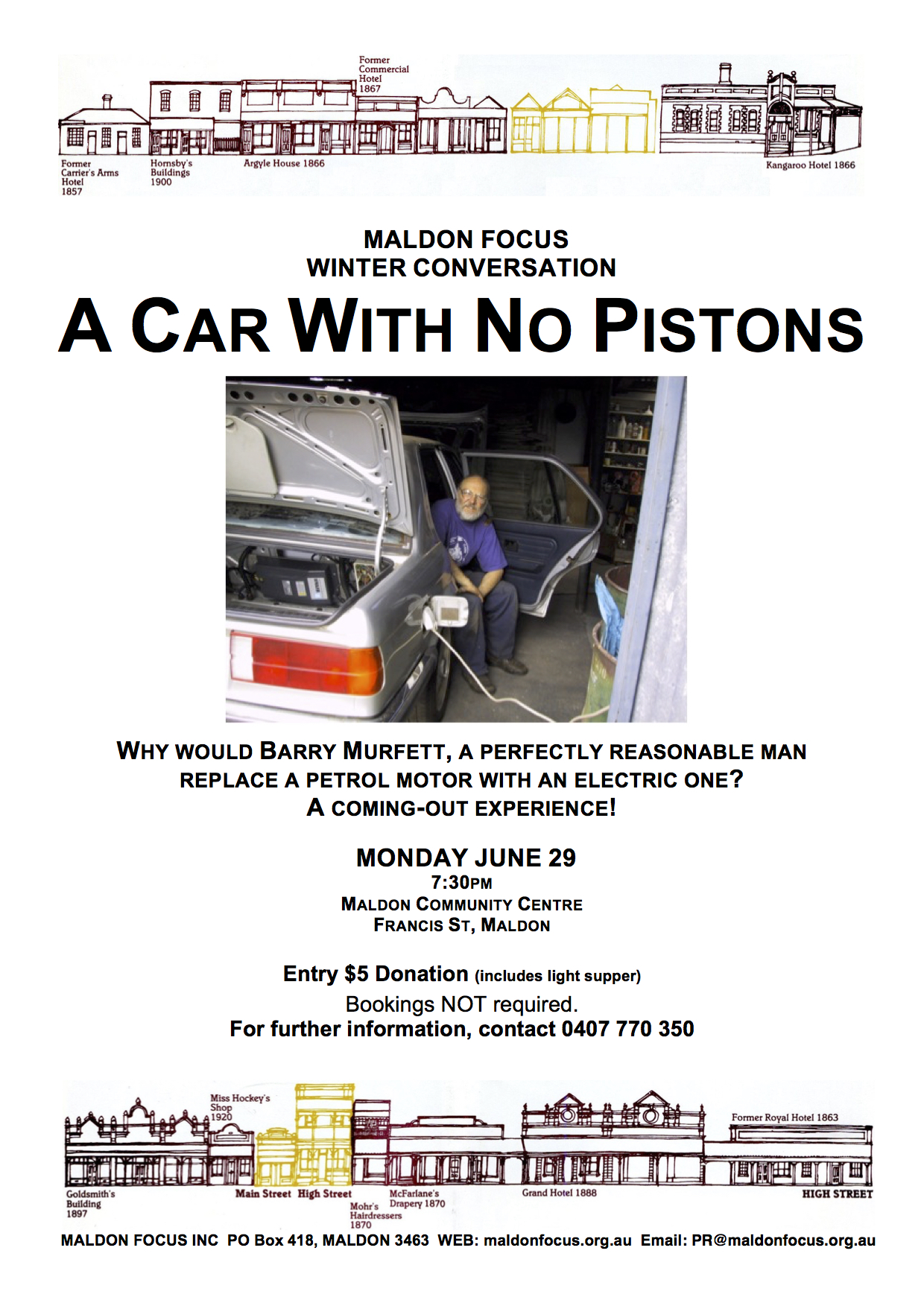 ‘A Car With No Pistons’

The 27th Maldon Focus Quarterly Conversation is going to be presented by Barry Murfett. Barry had reduced greenhouse gas emissions at home and realised that the daily commute to work from Maldon to Castlemaine was the biggest emitter, so decided to convert his BMW, which h

ad a sick engine, to an all electric car. A few recommendations and some calculations, soon led to the basic component list – Barry tried to keep it simple and not change anything he didn’t need to. After 8 months of work, the car was back on the road in April 2009, as smooth as a magic carpet ride.

MASH2, the second stage of the Mount Alexander Solar Homes project kicked off on 9 June 2015.  A bulk buy solar initiative, the aim of the project is to help households in the Shire, and neighbouring Shires, cut both their power bills and their CO2 emissions.

Meet the people behind the MASH2 project, representatives from the solar supplier and installer, and Q&A.

Visit the MASH website for more information and to register.

On Saturday 11 July 2015, 1000 volunteers will descend from across Victoria to plant 40,000 indigenous trees and shrubs in North Harcourt. The project is a combined effort of the Harcourt Valley, North Harcourt and Barkers Creek Landcare groups. It is a unique opportunity to help create and restore a large area of habitat in just a few hours.

To join and take part in this habitat renewal project sign up at the link below: 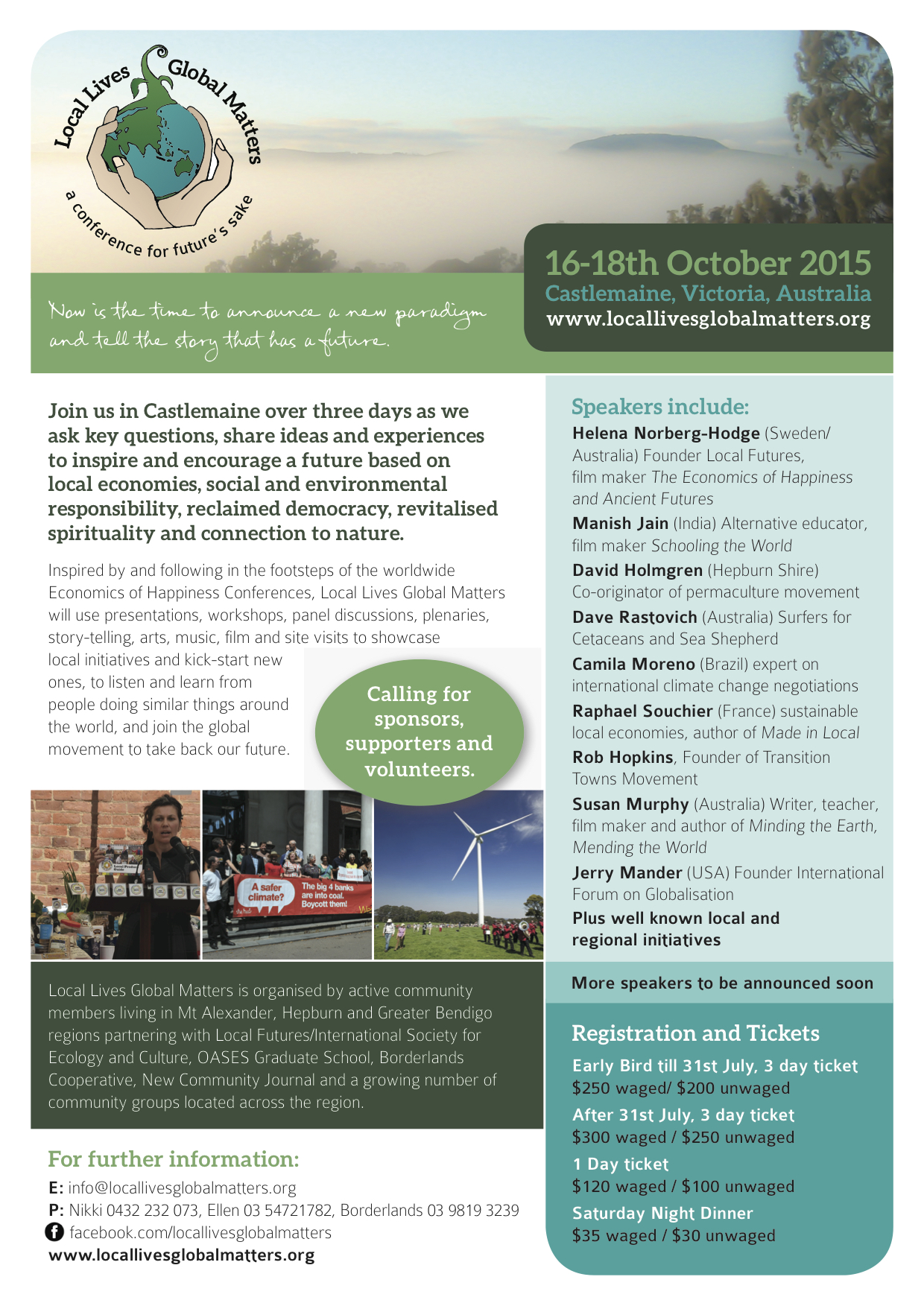