Welcome to the e-news! Please send your contributions for the next e-news to e-news@masg.org.au by 11am on Wednesday, 03 October. 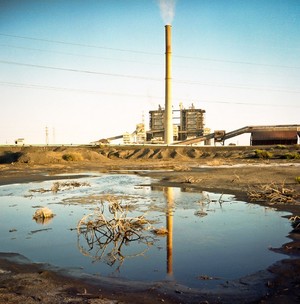 Hundreds of people are walking 335km from Port Augusta to Adelaide, and arriving on Sunday 30 September, and you can support those walkers on Sunday, 30 September in Castlemaine.

The community of Port Augusta recently voted, and over 90 per cent wanted large scale solar to replace their ageing coal-fired plants. The Port Augusta City Council, Business Port Augusta and now, Alinta Energy – the owner of the coal power station, no less – are supporting the shift to solar. 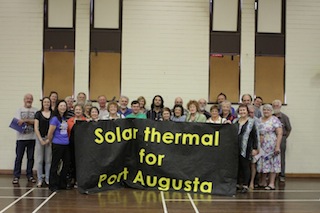 March on Sunday 30 September to show your support for replacing coal with solar thermal. People like us will walk in solardarity throughout Australia and send the message to the politicians.

In Castlemaine we will walk from the Burke and Wills monument to Victory Park at 2.30pm on Sunday 30 September, and gather for tea and cake in Victory Park afterwards.

Volunteers needed: before and on the day

Please contact Amy on 5470 5997 or Bernard on 0459 472 558 if you can help make or paint a sign/bake a cake/make recruitment phone calls. On the day we need marshals/donation collector/politician letters to participants for signing/cake coordinator. 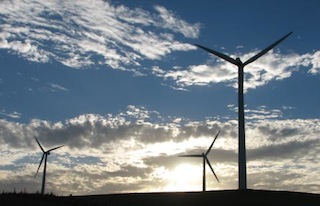 And while we’re talking about South Australia … South Australia’s blustery conditions earlier this month had one positive: according to the Clean Energy Council, wind power provided more than half of the state’s power on Wednesday, 5 September.

Clean Energy Council Policy Director Russell Marsh said data from the Australian Energy Market Operator (AEMO) showed that 55 per cent of all the electricity used by South Australians on 5 September was generated by the state’s wind farms, which were spinning flat out all day long. 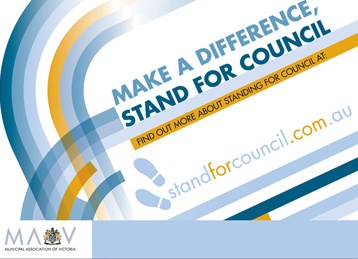 Candidates for the forthcoming Council elections will be announced late next week. MASG is working on a ‘candidates’ scorecard’: how do the candidates rate on environmental issues? We will need volunteers to send out, collate and publish the responses. Please get in touch with Bernard if you can help.
And a great opportunity for asking the candidates in person will be on 3 October with the combined churches forum.

Council has developed this guide to help renters in the Shire make their home more sustainable and cost effective to live in. 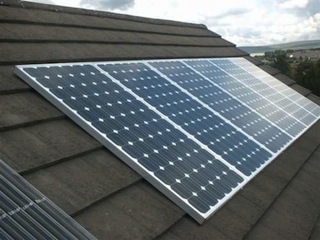 As we wrote in the last newsletter, the Baillieu Government has announced it is cutting the feed-in tariff on solar power by over 60 per cent, from 25c to just 8c. And what’s more, the Government will let electricity retailers buy their electricity – produced from solar panels – at peak time for 8c, and then sell it back to the public for 30c. See the MASG press release on this important issue

and to the Premier, Ted Baillieu, Office of the Premier, 1 Treasury Place Melbourne, Victoria, 3002 or email http://www.premier.vic.gov.au/contact.html 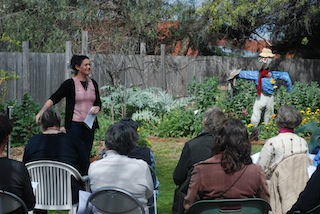 Thanks to the volunteers who organised the Healthy Soils workshop last Saturday.

And thank you Katie, your presentation was inspiring. The most important take-home message was to keep on with composting and worm farming. That way you’ll be feeding your soil with ‘the good guys’!

Several people stayed and had a mini-workshop on compost and worm farming as Heather and Peter explained the various techniques we are using at the Hub Plot.

If you require any advice to get your own compost and/or worm farms working (or started) drop in to The Hub Plot and we are more than happy to help you.

We have a few great events coming up in the next few months:

On Saturday and Sunday, 20-21 October a practical and informative workshop on the principles, steps and processes to build community resilience and localise economies from the ground up. will be held at the Kyneton Transition Hub

From curtains to LCD monitors, taking showers to making toast, the Alternative Technology Association’s new guide examines all the ways to save money and improve energy efficiency around the home. The booklet will help low-income households reduce their home’s energy use without the need for big spending on appliances or home renovations. Click here to download. The guide was developed by the ATA and the VCOSS.  To order multiple copies email ata@ata.org.au 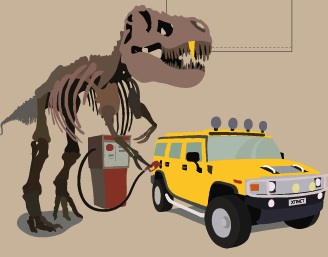 The two largest electricity utilities in Germany – E.ON and RWE – have declared they will build no more fossil fuel generation plants because they are not needed, challenging a widespread belief that the phasing out of nuclear in Europe’s most industrialised economy will require more coal-fired generation. 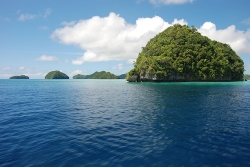 Threatened by encroaching seas, the tiny island nation of Palau is taking legal action with the U.N. to hold the industrialised world accountable for damage caused by climate change.

You have to see this: 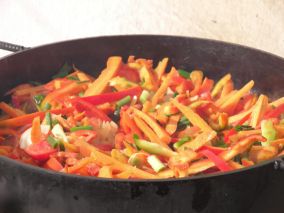 People have been cooking with cast iron for hundreds of years. With good reason.

It’s naturally non-stick, highly durable, retains heat (always coast on waste heat) and gets better with age. You can use it for high-heat cooking, like searing, or for mid-range heat, like sautéing. It can also be safely used in the oven. And it’s free of toxic chemicals like PFOA and PTFE that coat many non-stick frying pans. 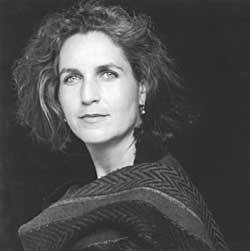 “Our kinship with Earth must be maintained; otherwise, we will find ourselves trapped in the centre of our own paved-over souls with no way out.”

« Welcome to the first e-news of spring: sun and wind! | All eyes on the candidates »