The next e-news will be published on Friday, 20 March, so get your contributions in to us then, by 11am.

We’re working on our Members Forum for Thursday, 26 March at 7.30pm, at the Castlemaine Uniting Church Hall. What would you like to see MASG doing in 2015? What are the exciting projects we are working on now? How can you be involved? Bioenergy, solar, wind?

Mount Alexander Shire Council is conducting a community engagement survey on the shire’s top five environmental issues. You can join in here. It’s quick, it’s fun, and you only  need to tick five boxes!

Natural paints and oils
Saturday March 14, 10.30 – 12pm
325 Barker St, Castlemaine
Are you interested in using natural paints and oils but are unsure about what product to choose or how to mix colours? This free workshop for home owners and artists will be run by Angela from Livos. Come along and build your confidence in choosing, mixing and applying natural oils and paints.
Places are limited so book early by calling 5472 4160 or email castlemaine@environmentshop.com.au

Are you a sustainable superstar?

Businesses and organisations that are ‘sustainability superstars’ have the opportunity for their achievements to be publicly recognised through the Mount Alexander Business Awards – Sustainability and Environment category.

This category is for organisations which have successfully integrated sustainable principles and practices into their operational activities to reduce their environmental footprint. The Sustainability and Environment Award is sponsored by Maldon & District Community Bank® Branch.

For more information and to enter, visit www.mountalexanderbusinessawards.com.au 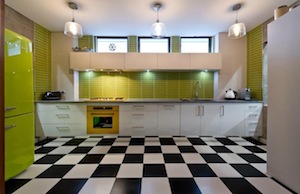 Got a sustainable house? A new house, one you’ve retrofitted, some great energy saving devices … we’d love to hear from you. The Sustainable House Day is likey to be earlier in the year this year, and we’re not letting the grass grow. 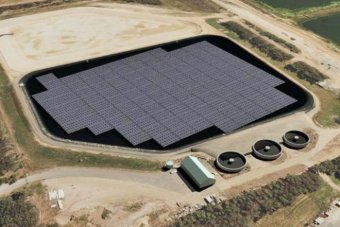 Australian-first floating solar farm due to begin construction in SA

An Australian-first floating solar power plant is expected to be operational in South Australia by early April, with construction about to begin.

The plant will float on a wastewater treatment facility in Jamestown in the state’s mid north.

MASG is currently investigating options for a bioenergy precinct in Castlemaine – but we hadn’t considered sewage surfing! 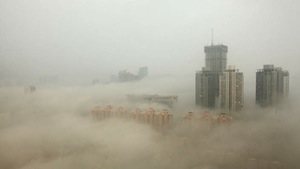 Figures from China show coal consumption there fell nearly 3% in 2014, the first fall in 14 years, The Wall Street Journal reports.

According to the newspaper, the communist giant – which accounts for half the demand for global ‘seaborne’ coal – shrank both its output (down 2.5%) and demand (down 2.9%), while imports fell 10.9%, according to the government’s National Bureau of Statistics.

The decrease puts China at or near a point known as ‘peak coal’, the Journal says, which analysts had predicted to occur sometime around 2020, and comes while coal prices are at six-year lows.

And while we’re in China…

The video sensation that could tip balance against coal in China

For the past few days, the online community in China has been abuzz over a 104-minute documentary, Under the Dome, that has galvanised the population and even major investment banks who believe it may just tip the balance against fossil fuels in the world’s biggest polluter.

Cemeteries take up a lot of space, and cremating one person can take as much energy as that person used in a month back when they were alive.

Now, two Italian designers want to transform tombstone-filled cemeteries into memorial forests. According to the Capsula Mundi website, the idea is to place the body in fetal position into an egg-shaped capsule made of starch plastic. Once the pod is buried (like a seed), a tree is planted on top and subsequently cared for by relatives and friends.

Solar Impulse takes to the skies

Launching from Abu Dubai, Solar Impulse has begun the world’s first solar-powered flight around the world.

Solar Impulse will fly day and night in an incredible feat of technical efficiency and endurance.

The brainchild of pilots and founders Bertrand Piccard and André Borschberg, Solar Impulse has a team of 60 who have worked for over a decade to bring this plane from drawing board to reality.

“People will tell you it’s impossible, and it’s exactly why we try to do it,” said Bertrand Piccard.

This is what climate change looks like (It isn’t pretty)

Here at MASG we try and focus on the positive and work for a better future.

Very occasionally we peep over our shoulder – it can get depressing if you peep over your shoulder too often. So pass this one by and keep on reading!

Peep over your shoulder

Right now 5 million Australians are living under a solar roof. That’s more than a fifth of the entire population and it’s growing every single week.

The rooftop revolution is well and truly underway, but a sunny future is not guaranteed. Powerful interests want to see the growth of solar in Australia held back. To increase and protect solar in Australia we must be more powerful and more organised than our opponents. We don’t have mega profits to curry favour – but what we do have is over 60,000 solar supporters like you.

To make campaigns in the year ahead as hard hitting as possible we need to hear from you. Can you take 10 minutes to complete our 2015 Supporter Survey? 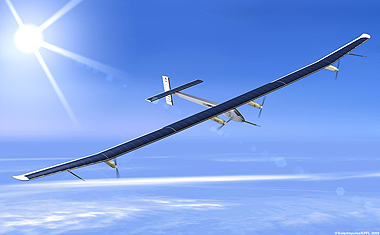 “I’m more afraid to live in a world that burns one billion tonnes of oil every hour, that destroys the planet and pollutes the environment, than flying solar-powered planes.”