Carbon reduction and global warming is making front page news every day.  For example – “Minister Martin Ferguson has slapped down a demand by the Greens for a ban on new coalmines, declaring the coal industry has a bright future as a driver of economic prosperity, despite moves to tackle climate change.  Mr Ferguson has also championed the emerging coal-seam methane industry, which the Greens also oppose.”   Bob Brown said on Wednesday: “I’ve always said this is not going to be a Greens package,”   [see this and other stories in the Australian]
Meanwhile, “the Coalition has been forced to deny fresh claims of divisions on climate change policy after only three opposition MPs attended a Climate Commission briefing” also from the Australian.

In the next four weeks the details of the pollution price, or carbon tax, will be decided by members of the Federal Parliament’s Multi-Party Climate Change Committee (MPCCC). The 1000 biggest polluters in Australia will for the first time have to pay for dumping their pollution into the atmosphere. A decision has already been announced by the MPCCC that half of the revenue raised will be used to compensate low income households.  Where the rest goes is not yet decided. Vested interests in the coal, oil, gas and other heavy polluting industries are working to have that revenue directed back into their pockets and different views of Australia’s future are illustrated by the disagreement between Greens and Labor.

If we are to have any real action on climate change and investment in renewable energy in the life of this parliament it is essential that YOUR voice is heard calling for the remainder of that pollution price revenue to be invested in renewable energy and energy efficiency and not just be given back to the big end of town.

Over the next four weeks we have the following important activities for you to undertake so that our elected members understand that a price on pollution must be used to build a clean energy Australia.

conversations about renewable energy as part of Australia’s largest renewable energy campaign.  MASG members will join with over 100 groups across Australia.  The results of this surveying will be collated with our previous surveys and will be tabled in Parliament in June by Independent MP Rob Oakeshott.

2. Email and call the offices of MPCCC members

If you haven’t done so sign the email action and forward it throughout your networks, friends, family and supporters?   Last week 100% renewable members met with MPCCC members Minister for Climate Change Greg Combet, and Greens Senator Christine Milne and were told a steady stream of emails into their inboxes from all of the groups and members across Australia was making the climate committee sit up and take notice. Many of you also called those members and it was widely reported in the press. See the Canberra Times Story.

Call the MPCCC members too , phone numbers and some talking hints here.

Say YES to clean energy and a price on pollution.  Sunday 5th June at 11am.  {Same day as Castlemaine Farmers’ Market}. Join us at WED celebrations – Market Building from 10am to noon.  Make sure you are there at 11am on the market building steps for a group photo where we say “YES to Renewable Energy & a price on pollution”.

Make your own "YES" sign and bring it down town !

Bring your own sign around the theme of “Yes to …”

If you can’t make the our local event there is the National Day of Action in Melbourne
June 5 at 11am at the State Library of Victoria.  More from Dan on 0411 596 169

The sciences  becomes even clearer…the time to act is NOW

The Federal Government’s Climate Commission has warned the window for limiting future and costly climate change is rapidly closing.  In its first report, titled The Critical Decade, the commission says the evidence that the planet is warming is now even stronger.  It warns global warming could effects much greater than previously thought, from a longer ABC news story on the commission report.

We are frequently hearing that “Australia must not disadvantage itself by doing more than other countries, but looking overseas we find:

Sterling Castle and scottish wind farms....the old and the new power in Scotland

1. No door knocking required – Scotland commits to 100% Renewables by 2020.  The new Scottish Government’s 2020 renewable electricity target has been raised to 100 per cent, and First Minister Alex Salmond pledged to move “still faster and further” to secure Scotland’s place as the green energy powerhouse of Europe.   Scotland has a burgeoning offshore wind sector comparable to the oil rush of the 1980s.  The European Commission’s ‘Roadmap for moving to a Low Carbon Economy’ – due out in November talks about a fully decarbonised power sector by 2050. Read more about Scottish plans for renewable energy.

2. Colorado finds its ‘easier than expected’ for renewables to replace coal –  Xcel Energy announced that it would meet Colorado’s year-old mandate to generate at least 30-percent of its electricity from renewable resources (renewable electricity standard) eight full years ahead of the mandate’s 2020 deadline.

3. Britain legislates 50% cut by 2025 to lead the developed world – The UK announces the most ambitious targets on greenhouse gases of any developed country, after a week of cabinet rifts.  The Age reports from Britain: “While Australia continues to wrangle over a carbon tax – and the possible effect on the price of Weet-Bix – Britain, led by the Conservatives, has become the first country to set legally binding commitments through into the 2020s.  Under the plan, the 50 per cent cut in emissions – to be averaged out across the years 2023 to 2027 and benchmarked against 1990 levels – will be enshrined in law.”

Despite a record number of over 4000 objections to the proposal the EPA has granted the HRL coal plant approval to go ahead. The Victorian government is also supporting the project with $50M in funding but will it get financial support from any Bank?  While the State government is happy to spend your taxes to support this controversial and polluting project The Age reports that the Commonwealth and National Australia Bank have each stated they are not involved. Sources said there was no evidence the company had won alternative funding.  A report by consultants Deloittes released this week by Energy Minister Martin Ferguson found no major financial institutions were investing in new coal power projects in Australia, beyond some refurbishments in Western Australia.
See the Age report on banks and coal investment and visit the Stop HRL website for ideas on actions you can take. 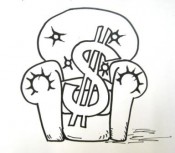 a demonstration will take place this Friday the 27th from 5pm of the insulated window film, Clear Comfort. It is a cheap alternative to secondary glazing and is most effective in Winter by reducing heat loss through windows. Other information will be available about ways to reduce heat loss in your home. Deanna will also talk about plans for the Comfy Homes Project to offer more activities such as another Tradies’ Expo, Sustainable Homes Tours, and the online information stream to be developed on the MASG website. See you at MASG from 5-6pm this Friday 27th .

Local owner-builders and renovators presented to our expo visitors and businesses. Thanks go to Lucy Young, Brett Murley, Abbie Heathcote, Rebecca Edwards, Darren Rose and Hans van Gemert who, in researching their own builds, were able to provide a wealth of information for visitors looking for helpful tips. Hans and Anne also very kindly opened their home some weeks ago for 15 MASG members and shared their choices of design, products and services that include passive solar principles, double glazing, insulation (including spray-on foam), grey water recycling, first flush roof water diversion, building with Hebel and building to budget.

Jottings from The Hub Plot

Last Monday six of our garden group headed off on the train to visit the Woodend Community Permaculture Garden. Dr Chris Coates kindly gave up his morning to show us the garden, the chooks and to explain some of his own approaches to gardening. Dodging rain clouds we then lunched in the park nearby. It was a great morning and we came away inspired with some good ideas to put into practice back at The Hub Plot and our own gardens.

Current jobs in the garden include raking the wonderful autumn leaves for the compost, weeding the garlic, planting turnips and green manure crops.
Plans are being finalised for the southwest garden.

The Hub Plot garden group meets every Monday morning from 9 a.m. Apart from gardening we exchange excess produce from our home gardens and from The Hub Plot.  We also exchange seedlings and seeds.
If you are interested in joining in please drop by on Monday mornings or contact Heather on heather@box311.biz or 0409327791

Join the industry experts Ecomaster, in learning how to draft proof and insulate your home. Find out all the tricks of the trade, which products to use and how to do everything safely. A must for any home renovator who’s ready to be a serious draft-buster, at EcoPods PepperGreen Farm, 40 Thunder St Bendigo, on Saturday 28 May, 10am – 2pm.  Booking is your ticket to free entry (usually $25)  Bookings here or contact Tamara 0407 574 836; e: bendigo@refitnsave.org.au

Bendigo Sustainability Group has donated 2 free tickets for their draught-stopping workshop this Saturday.
Be the first 2 callers to MASG on 5470 6978 to secure your free tickets.

On June 5th the Castlemaine District Uniting Church will focus on World Environment Day in their worship services. The times are as follows: Harcourt 9 am, Newstead 9.30 am, Castlemaine 10.30 am, Maldon 11 am and Yandoit at 7 pm. All are welcome. Any enquiries to michele.lees@alliance3550.com

Advanced warning of major conference 4 Degrees or more: Australia in a hotter world:

July 12-14 Melbourne. more on this conference and likely climate impacts in Australia here.

Madison, Wisconsin, winter is milder than in years past. Researchers monitoring ice on Lake Mendota find that ice cover on the lake averages 40 fewer days now than it did 150 years ago. Says University of Wisconsin researcher John Magnuson, "Wisconsin is losing winter as we knew it."

Geo-Thaw: its happening in our lifetime

When President Taft of the USA created Glacier National Park in 1910, it was home to an estimated 150 glaciers. Since then the number has decreased to fewer than 30, and most of those remaining have shrunk in area by two-thirds. Scientists predict that within 30 years most if not all of the park’s namesake glaciers will disappear.

‘Water towers of Asia’ are disappearing

Peter Fries – environmental journalist and writer, producer, and scriptwriter of Revealed: Himalayan Meltdown in which the 55,000 glaciers in the Himalayas — otherwise known as ‘The water towers of Asia’ — that supply water for over two billion people are melting.  Watch the Discovery Channel this Sunday, 29th May or listen to an ABC interview here.

Peak cars: Is our addiction ending?

This story from The Climate Spectator describes how car ownership is falling as the 1980’s saw the rise of  “automobile dependency” – a term coined by Peter Newman and Jeff Kenworthy to describe the largely Western phenomenon of building cities around cars and thus cultivating a kind of addiction to them- we are now seeing this phenomenon decline and new policies and actions are replacing the old ideas of roads, roads and more roads…

“In many ways that is what is happening in these big megacities, they are grinding to a halt in their traffic. …And most …are now saying we’ve got to do something different.”. Professor Newman told Robyn Williams on ABC Radio’s The Science Show recently.

The South African government has recently announced a national moratorium on hydraulic fracturing, the controversial, water-intense and polluting method of extracting natural gas from underground layers of shale rock also known as fracking. Read more on SA and bans to fracking here.