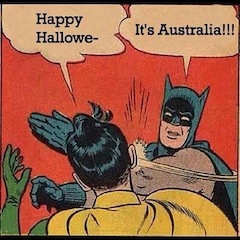 The next e-news will be published on Thursday, 14 November, so get your contributions in to us then, by 11am.

This week, we celebrate that its not Hallowe’en (the coming of the darkness), although, with our current crop of world leaders, even in the Southern Hemisphere we may well be headed for a new Dark Ages.

Our tour theme this year is Small is Beautiful, and features a house of sticks (well, wood!), a house of straw and a house of bricks, plus a modest modular miracle! Check out the MASG Facebook page for house previews.

Places are strictly limited, so book early to avoid disappointment.

Keep watching our e-news, because our AGM is nearly upon us. Thursday, 14 November is the day. We’d love to see you at the meeting, if for nothing more than a get together and to hear about what we’ve been up to. But if you are interested in nominating for one of the positions on our committee, please get in touch. We’d love to hear from you!

Now is the time, if you haven’t already. Renew your membership, and help us advocate, mitigate, reduce and and continue. You get benefits, (and more are coming). And you can’t vote at the AGM (see above) if you’re not a member. 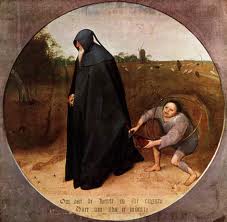 And, if we are headed for a new Dark Ages, it’s up to you! Long gone are the days when we sat on our hands waiting for our leaders to come up with a sensible plan (viz, the carbon tax, the solar tax and the window tax). World leaders are so last century. 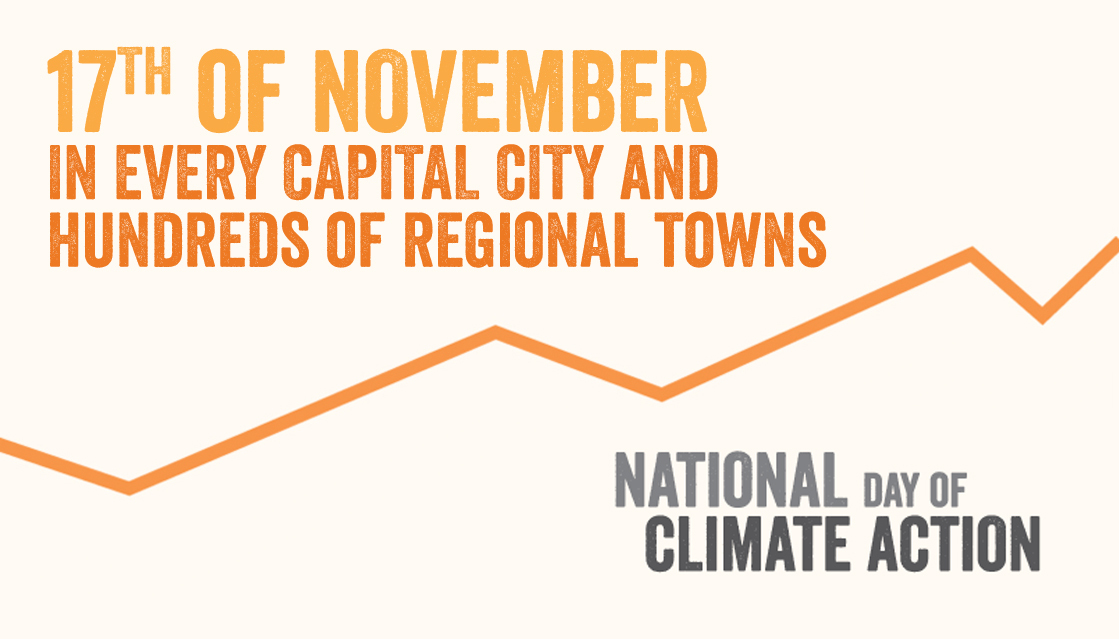 Meet in Victory Park at 11am. Please walk or cycle from your home, holding placards with climate messages. Gather your friends and other climate action participants along the way, and converge on the Market Building steps at 11am. Please wear red, orange and yellow, and bring noise and music making instruments and things to make a noise as we march to the Botanic Gardens.

After listening to speakers we will then march together, leaving the Market Building at 11.30 am to march up Barker St to the Botanic Gardens, led by young people with a banner “Our Climate, Our Future”. Arriving Botanic Gardens at 12 pm we will hear from another speaker, have some entertainment and enjoy a picnic. 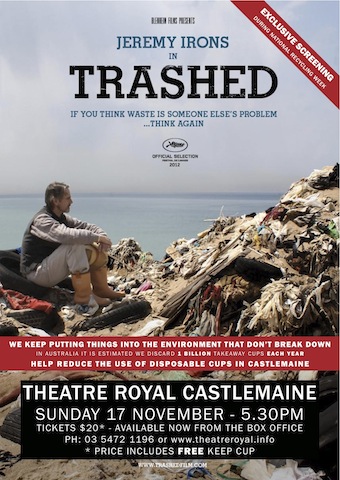 Later in the day, Trashed will screen at the Theatre Royal. Starring Academy Award winner Jeremy Irons, Trashed is a multi-award winning documentary feature film  exploring the global waste crisis and the environmental and human costs of humanity’s excessive generation and irresponsible disposal of waste.

Trashed was given a Special Screening at the 2012 Cannes Film Festival. It will screen at the Castlemaine Theatre Royal on Sunday, 17 November at 5.30pm, to coincide with National Recycling Week.

In the wake of NSW’s horrendous early-season fires, a fire chief has warned that homes across Melbourne’s outer-suburban fringe are at significant risk in the coming fire season. Forests in central and western Victoria are also expected to be more flammable than normal.

Fire and climate change are linked

It’s time to have a look at the role climate change might have played. Are the conditions we’re seeing natural variation, or part of a long-term trend?  Perhaps it’s neither, but perhaps it’s both. 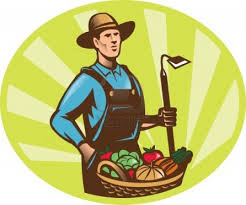 It’s a great time in the garden with the wet and the warmer days. The soil should be warming up enough to be getting ready for tomatoes, zucchinis, beans, pumpkins and all the other wonderful summer food you can start off straight in the garden. Old wisdom says wait until Melbourne Cup day before planting, when the soil will be warming and the risk of frost very low.

If you want some guidance with exactly what to plant we have a great resource available Plant What When booklet and chart for $20. Call into the Hub Plot on Monday mornings or to the MASG office to buy your copy.

Lately at the Hub Plot we’ve been:

And a couple for the diary:

Snowtown is becoming renowned for something more than its less than glorious past. 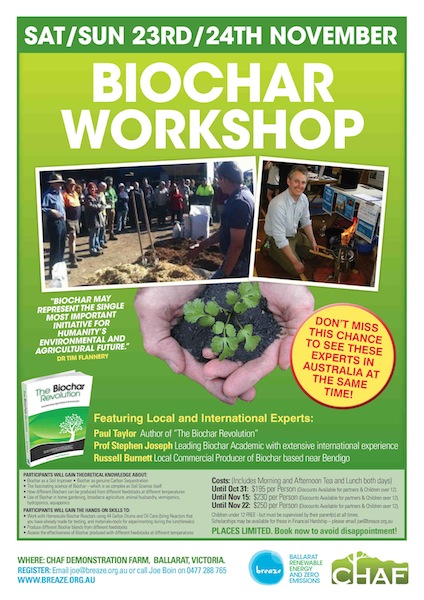 “From Cold War to Hot Planet: 50 years of Arena’s contribution to Australian cultural and political life” 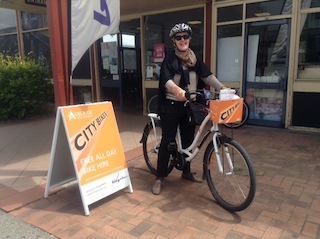 Look at what Adelaide can do!

MASG Chair Marg Rasa gets her lycra on. Adelaide Council is providing FREE bicycles – with helmets and locks. So good for getting around. Castlemaine …? Melbourne …?

Naomi Klein: How science is telling us all to revolt

Is our relentless quest for economic growth killing the planet? Climate scientists have seen the data – and they are coming to some incendiary conclusions.

“Solar-powered households face higher fees to use grid” read a headline last week in The Australian. They’re at it all right – trying to tax solar.

King william III introduced An Act for granting to His Majesty severall Rates or Duties upon Houses for making good the Deficiency of the clipped Money – basically a window tax, and it was opposed, hated and ridiculed and eventually thrown out.

The Australian article detailed a new report by the Australian Energy Market Commission (AEMC) – the organisation that makes the rules on how our energy system works. The report canvases new network charges on solar – alleging that solar is being subsidised by other energy consumers.

They’re recommending taxing solar – and any future solar that’s installed. That translates to taxing the sun. The AEMC wants to penalise you and other families for making an investment in lower bills and a clean energy future. The AEMC will be making recommendations to relevant stakeholders about the energy market – including our state and federal governments. But we know what can move these governments – the voice of the people. Show that you won’t stand for a tax on the sun by signing our petition here. 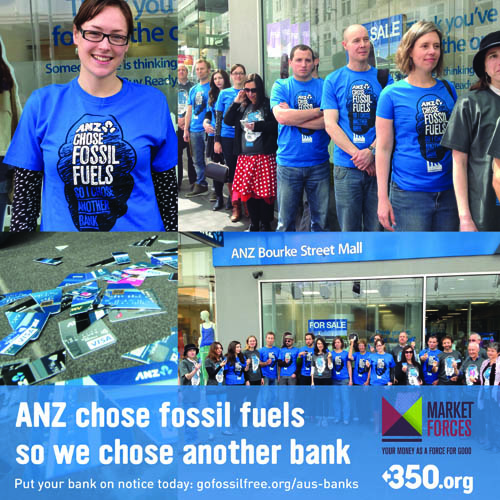 Put your bank on notice

Hundreds of Australians – you might even be one of them – have now put their bank on notice, signalling that, unless loans to fossil fuel projects stop, they’ll move their money. In the meantime, keep up the pressure on your bank by putting them on notice or, if you’ve already done this, remind them that you’ll take the same action as our courageous ANZ customers if they keep supporting fossil fuels. 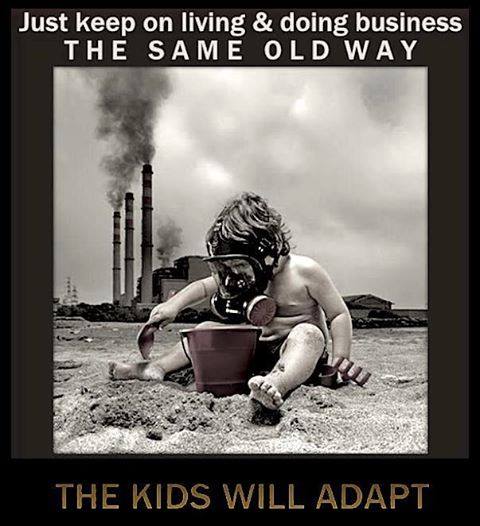