Saturday Sustainability Workshops during February 2009
Free workshops were held on Saturdays during February at 11am and 2pm – water, energy and waste awareness. Over 60 participants learnt how to save money and further reduce their impacts on the earth. Click here for a list of times of the February 2009 Saturday Sustainability Workshops at the Demonstration home.Sustainable Saturday workshop times
In partnership with the Australian Conservation Foundation GreenHome program. 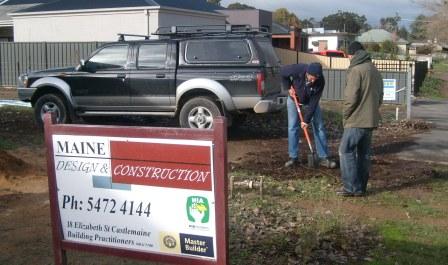 Pictures of work in May and June 2008

During May, the house frame was wrapped with sisalation foil and the brick and hebel cladding materials were delivered and put in place. Click on thumnails to see full size picture. Pictures from earlier in the process can be seen by scrolling down. 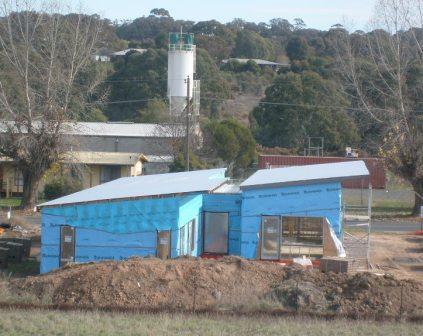 The tower behind the house in the main picture is where the concrete was mixed for the slab.

Brick work moved fast with a big team on the job: 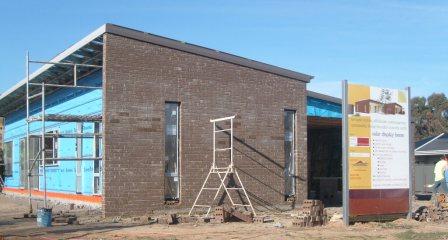 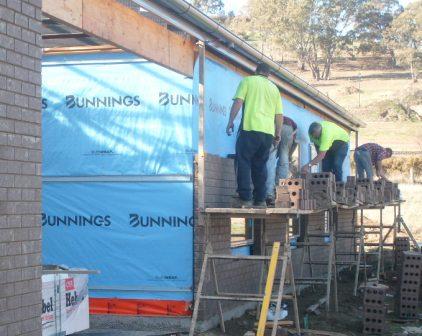 Solar house trainees were recruited and trained so that: once the house was open to the public a team of volunteers was ready to greet people and explain the house to visitors. The training sessions for volunteers took place on Saturday 18th October and Tuesday 30th October 2008.

Framing the walls began on 28 April and the roof trusses went up in early May. Here, Lifehouse Designer, Robyn Gibson and Project Officer, Ian Lillington, celebrate a rare rainfall on the new solar house sign! Picture by Andrew McKenna, courtesy of Castlemaine Mail.

The foundation slab was poured on 21 April 2008

A site has been purchased on the main road in Campbell’s Creek. Site works began in March 2008 – see pic: 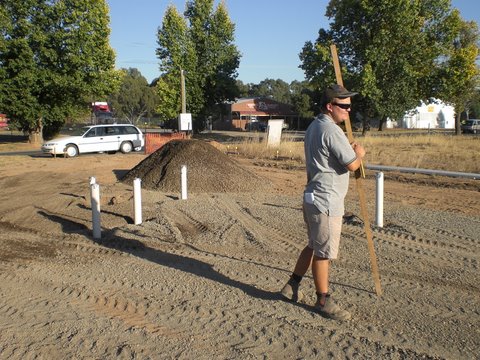 Once complete, the house will be available for 12 months to allow MASG to run open days and educational tours. The Sustainability Group is very excited about this project and thanks Trevor Butcher and Lifehouse Designs for their sponsorship, enthusiasm and commitment.

A large sign was erected on site after easter 2008. Here is Trevor and MASG activist, Nada Smark with a version of the sign on its way to the printer: 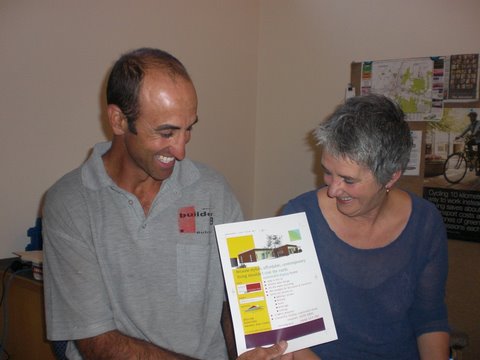 The pictures below show other houses designed by Lifehouse illustrating use of pergolas and deciduous vines to help keep the home cool in summer. 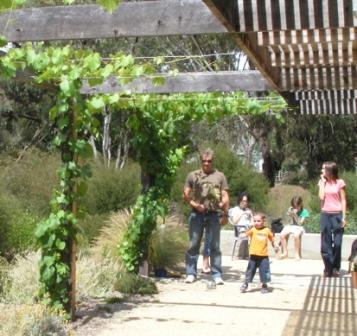