A MASG Christmas gift! Could there be a better Christmas present than MASG membership? We don’t think so. If you have a relative, friend or acquaintance who shares our aims, you could change their lives by joining them up. This is the process: 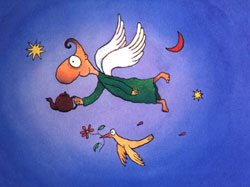 MASG 500th member! Congratulations to Kevin Walsh who became our 500th member recently. Kevin can be heard weekly as gardening presenter on ABC Regional Radio and is the author of Waterwise Gardening.

MASG Carbon Trading Survey: As part of our LoCO2 Project we are creating a carbon trading program to support local initiatives that reduce our carbon footprint. To help us design the best possible system we need your ideas and input. Please take a few minutes to complete our carbon trading survey, thankyou.

MASG Briefs Shire Council: Committee members, Terry White and Neil Barrett, attended Mount Alexander Shire Council’s regular closed session last Tuesday evening. We updated Councillors and staff on the latest climate change news (in particular the developing consensus that the need for community action is much more urgent than ever before) and on the rebates for renewable energy and insulation promised by the new government in Canberra. Council is currently preparing a Greenhouse Action Plan and there is obvious scope for promoting a wide range of rebates available for solar pv, solar hot water and insulation. There will also be a low interest green loan which will enable people to make substantial progress in moving towards a carbon neutral lifestyle.

MASG Member commits Business to solar power at medical clinic. Dr Danny Silver from the Lyttleton St clinic in Castlemaine writes: “Increasingly frequent power blackouts are creating significant problems for all grid-dependent businesses including medical practices. As we are reliant upon computers for storage and access to medical records, maintaining power to the computers and the IT infrastructure is now a necessity if doctors wish to avoid downtime during power blackouts. Most small office UPS (uninterruptible power supplies) units provide sufficient power to keep a computer running for anywhere up to 20-30 minutes before the computer “dies”. UPS units capable of providing longer backup power are bulky, heavy and expensive. I investigated a backup diesel generator to provide our power needs during prolonged power blackouts. This would be very expensive as well as continuing to depend on fossil fuel, and it became obvious that a sustainable power source, the sun, was the way to go. A photovoltaic system to charge a battery backup system with a grid connection to sell off unneeded power will be installed at the clinic in the near future and over time, [especially with the prospect of increasing earnings from feeding power into the grid,] the system will pay for itself. The system will ensure that the clinic’s IT infrastructure and telephone system will remain functional during any power outages.”

MASG Christmas Lights competition: The Sustainability Group is looking for the best Christmas lights display that uses renewable energy. If your display is powered by renewable energy then you are eligible to win a $200 prize. You could be using any one of these common forms of renewable energy: GreenPower, Photovoltaic Electricity (Solar panels)*, Small wind turbine*, Micro Hydro systems, Bio-energy plants – gas fired and steam driven generators/engines. To enter contact MASG and, most importantly, let the voting public know your in the running with a sign that tells us you’re using clean renewable energy. Make your own sign or pick one up from the MASG office. If you’re not currently using renewable energy it’s not too late to make the switch to a cleaner future. For more details contact jayson@masg.org.au or 5470 6978.
*energy from both of these systems will need to be able to be stored for overnight use (typically in battery banks or in small batteries in the lights themselves).

Local produce needed for Taste of Gold Primary Producers’ dinner [will use as much produce as possible from within 100km] on 14th December. Call Margarita on 5470 6363.

It’s climate crunch time: the nations of the world have gathered in Bali, Indonesia for the most important climate change negotiations in a decade. They have a chance to massively ramp up the world’s response to the climate crisis–but there’s a danger that they’ll fail. On Saturday, Avaaz is organizing a massive virtual march to show the Bali delegates that the world’s eyes are on them. We’ll carry flags and signs through the summit HQ, showing how many people from each country have signed the Avaaz climate petition. You can sign the petition at this link–or if you’ve already signed it, use our tool to send a message about the virtual march to your friends and family:

Good use of a wall: Next time you are heading down to Melbourne on the Calder Freeway, look for the distinctive yellow wall on the right as you reach the Tullamarine Highway interchange in Essendon. The wall is doing more that just insulating the suburb to the south from the freeway noise. The black panels on top of the yellow wall are solar photovoltaic panels which are assisting with noise protection AND generating renewable energy. There are 210 panels in the 500m section of road, generating up to 24kW of electricity at peak output and offsetting over 30 tonnes of emissions per year.

Vegie growers carry the can for everyone else – Keeping thirsty tomatoes and lettuces alive has become a political hot potato. Hundreds of gardeners have signed an online petition asking the State Government to grant an exemption under the restrictions to allow them extra water for vegetable and herb plots. The Age; 3rd December. Full story.

Sign the petition to allow watering for vegie patches.

Global warming prediction from August 1953 – “Growing Blanket of Carbon Dioxide Raises Earth’s Temperature: Earth’s ground temperature is rising 1-1/2 degrees a century as a result of carbon dioxide discharged from the burning of about 2,000,000,000 tons of coal and oil yearly. According to Dr. Gilbert N. Plass of the Johns Hopkins University, this discharge augments a blanket of gas around the world which is raising the temperature in the same manner glass heats a greenhouse. By 2080, he predicts the air’s carbon-dioxide content will double, resulting in an average temperature rise of at least four percent. If most of man’s industrial growth were over a period of several thousand years, instead of being crowded within the last century, oceans would have absorbed most of the excess carbon dioxide. But because of the slow circulation of the seas, they have had little effect in reducing the amount of the gas as man’s smoke-making abilities have multiplied over the past hundred years.” From an interesting site, thanks to Luke Bennett. Some other powerful links there as well.

Dates for next year’s diary:

** Tours of Melliodora “Melliodora” (Hepburn Permaculture Gardens), on the edge of Hepburn Springs, the spa centre in Central Victoria. It is one of the best documented and well known permaculture demonstration sites in Australia. Passive solar house, mixed food gardens, orchards, dams and livestock, and creek revegetation show how permaculture design can help to restore and improve land, provide for residents’ needs and enjoyment in a cool inland climate. Tour Dates 2008: 3rd Feb, 2nd March, 6th April, 4th May. www.holmgren.com.au

“Spontaneity has its time and place” (Jayson Burhop 2007) 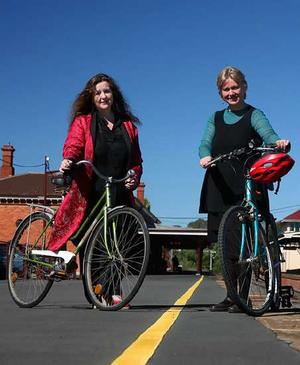