Welcome to our last e-news before Christmas. We’ll be taking a break, but we’ll be back in the New Year better than ever. Our next e-news will be published Wednesday, 16 January, so please get your contributions in to us by 11am on that day.

We are closing the office from Friday, 21 December to Monday, 7 January. We’ll be lightly staffed in our first week back, so if you need to get in touch with us it make take a little while to get back to you. 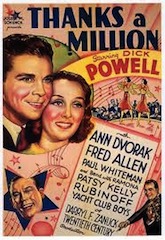 This is our opportunity to say thank you to all our members, volunteers and supporters over 2012. Thanks a million!

It’s been a great year. While the signs we’re reading for climate change are unsettling, we are nonetheless a strong community working at the local level to turn the ship around, and we’re not alone. It’s groups and communities like us all over the world that are making a difference.

In this issue you’ll read about Hepburn Wind’s fabulous award, our new Committee of Management, some revelations about carbon and Christmas and our suggestions for great Christmas gifts.

Enjoy, and we look forward to seeing you in the New Year.

On Monday, 17 December the Hub Plot will hold a shared lunch at 12pm to celebrate the season and a wonderful year of abundance. Bring something to share and enjoy the garden. Everyone welcome at 233 Barker Street, Castlemaine. Enter via green gates in Templeton Street. 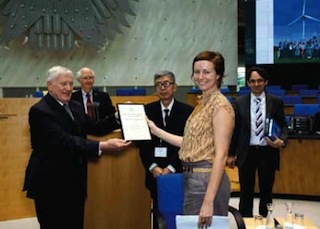 This week Hepburn Wind was presented with the World Wind Energy Award 2012 at Parliament House in Canberra. Their partner, Red Energy, went along to share the glory.

The WWEA has recognised the importance of community energy projects to help communities understand the benefits of wind energy as a vital part of the transition to a low carbon future. 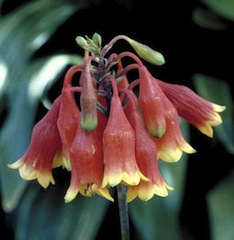 Christmas bells are blooming, the wind is a blowin’

Don’t know what to get your partner for Christmas? Make it wind!

Make them a MACWind supporter for $100. We also have $50 options, or an option to suit your budget. Buy your gift now and receive a gorgeous gift voucher for Christmas.

Based on over 30 years of local observations by Linda Marold and supplemented by information from other enthusiasts, the Guide is aimed at helping gardeners be more successful at growing their own food in central Victoria. 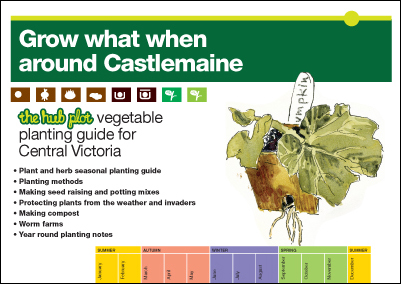 The handy 24-page, A5 booklet is fresh from the printer and includes a seasonal planting guide listing the planting times and methods for our local climate of a wide variety of vegetables and herbs.

All for only $20, it’s an ideal Christmas gift. Available from: 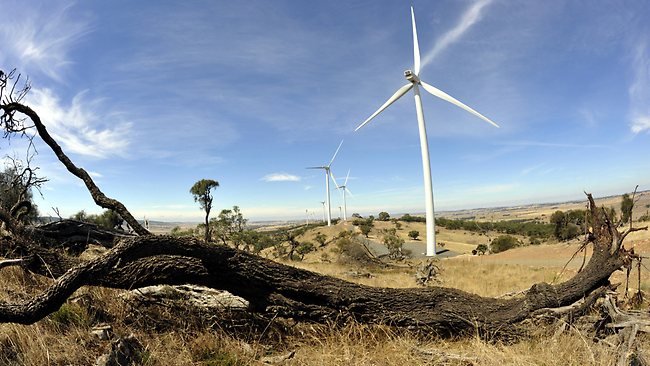 Eight Baringhup landowners have expressed interest in hosting a small number of wind turbines at sites on their properties. After MACWind project officers investigated those sites and analysed several important site-selection criteria, they have identified two sites for further exploration.

“These sites are among a handful that MACWind is investigating further,” said Mick Lewin, Chair of MACWind.

MACWind has begun consulting neighbours, and as a community-owned project, all residents will have the opportunity to be co-owners and beneficiaries.

Project Coordinator Jarra Hicks said that the plan for the project was that funds generated from the sale of electricity would be returned to the majority-local shareholders, to the Mount Alexander community and to the neighbourhood around the site.

“We think this project offers exciting possibilities for our community,” she said.

Why not donate to the project for Christmas?

A new Committee of Management was elected at the Annual General Meeting on 22 November 2012. Committee members for the next 12 months are Margaret Rasa, Mike Reeves and Mick Lewin (all re-elected), plus Felicity Faris (a past committee member twice), Marie Molan, Mark Carter and Maurie Molan. They have appointed Marg to be Chair, Mick as Deputy Chair, Felicity as Secretary, and Maurie as Treasurer.

An excellent turnout of members attended the Ray Bradfield Room. Facilitated by Susie Burke, the meeting opened with 2012 CoM member Margaret Rasa presenting the Chair’s report for Rhonda Chapman. This was followed by reports from conveners of our10 working groups; from waste management to the Hub Plot and the Wash against Waste trailer. MACWind, MASG’s major project, is consulting with local communities to prepare for a possible test mast to collect wind data, a significant step in moving towards establishing a community owned wind farm. What an asset!

Election of the new committee of management started with those renominating members outlining their motivation for continued involvement in the vital role of oversight of MASG’s structure and finances. New nominations (familiar faces, and some new ones) put themselves forward and were duly elected. Dean Bridgfoot, who had accompanied proceedings with a slideshow of people getting active in sustainability, amused the audience with a clip of The Chaser’s take on the bogeyman of the carbon tax.

Renewables account for 46% of new US generating capacity since January

The latest Energy Infrastructure Update report from the Federal Energy Regulatory Commission’s Office of Energy Projects states that renewable energy sources (biomass, geothermal, solar, water, wind) accounted for 41.14 per cent of new electrical generating capacity installed in October 2012 and 46.22 per cent for the first 10 months of 2012.

Think twice about what you’re buying for Christmas, from George Monbiot 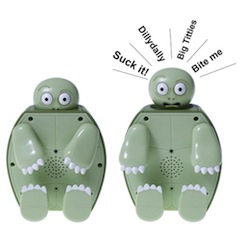 …the fatuity of the products is matched by the profundity of the impacts. Rare materials, complex electronics, the energy needed for manufacture and transport are extracted and refined and combined into compounds of utter pointlessness. When you take account of the fossil fuels whose use we commission in other countries, manufacturing and consumption are responsible for more than half of our carbon dioxide production.

We are screwing the planet to make solar-powered bath thermometers and desktop crazy golfers … Rivers are poisoned to manufacture talking fish. This is pathological consumption: a world-consuming epidemic of collective madness, rendered so normal by advertising and the media that we scarcely notice what has happened to us. Full story

The story of stuff

BHP Billiton: ‘Coal is going to decline. And frankly, it should’

“Reinforcing a coal export facility with extra jetties to withstand an increase in extreme weather caused by carbon pollution from the coal that the company wants to continue exporting isn’t exactly a ringing endorsement for sustainability. But this plain-spoken admission that climate change is having a measurable impact now — without trying muddle the science — is very unique for a coal company.” 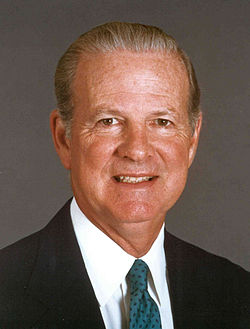 When you have energy companies like Shell and British Petroleum … saying there is a problem with excess carbon dioxide emissions, I think we ought to listen.